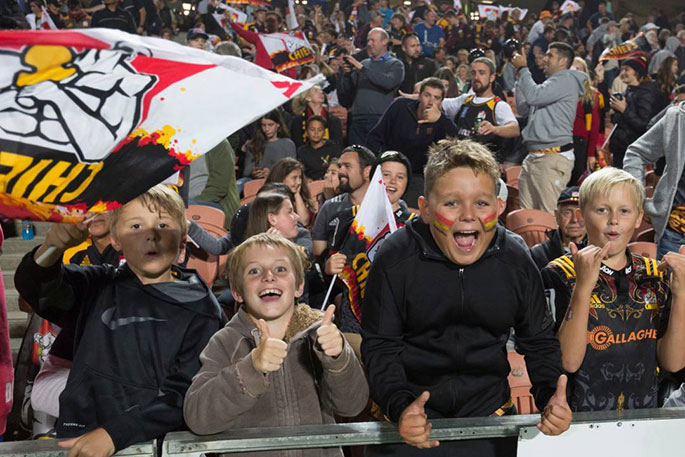 Gallagher Chiefs Head Coach Warren Gatland has named his side to take on the Highlanders for their Investec Super Rugby Aotearoa season opener in Dunedin on Saturday, June 13, at 7.05pm.

Both teams are set to make history, competing in the first ever match of Investec Super Rugby Aotearoa.

The Gallagher Chiefs will mark their return to rugby wearing their limited-edition Women in Rugby jersey.

The selected twenty-three will be eager to impress in front of a vocal southern crowd. It will not only be a world first for Investec Super Rugby Aotearoa kicking off, loose forward Lachlan Boshier will be celebrating his 50th game in the Gallagher Chiefs jersey and Taranaki lock Tupou Vaa’i will start on debut.

A powerful front row will be bolstered with the return of All Black tighthead prop Nepo Laulala. Laulala will be joined by loosehead prop Aidan Ross and hooker Samisoni Taukei’aho.

The locking duo of Mitchell Brown and Vaa’i will complete a strong tight five. In the loose forwards All Black Luke Jacobson returns in jersey number six and Boshier on the openside.

The powerful Pita Gus Sowakula will pack down the scrum at number eight.

In the backs, halfback Brad Weber will captain the side in the absence of Gallagher Chiefs and All Blacks Captain Sam Cane.

First five-eighth Kaleb Trask will start at ten with the experienced Aaron Cruden providing cover on the bench.

All Black midfielder Anton Lienert-Brown will start at second five-eighth, with rookie Quinn Tupaea named at centre. A familiar back three will start with Sean Wainui on the left wing, Shaun Stevenson on the right and crafty full back Damian McKenzie completing an exciting backline.

Gatland says the team are eager to kick the competition off.

“It will be a competitive hit out on Saturday, and one the fans, players and coaches alike are all looking forward to. It has been a long time between drinks, and everyone is excited for a great game.

"The squad have been training hard over the past four weeks and are eager to get stuck into their work.”

Gatland congratulated Boshier and Vaa’i on their upcoming achievements.

“It is a special milestone to tick off for Lachlan. He is a hard worker and has an exciting future ahead of him.”

“Tupou has quickly adapted to the Gallagher Chiefs environment and we look forward to seeing him take the field on Saturday."

The Gallagher Chiefs will return to Hamilton for their first home game of the Investec Super Rugby Aotearoa season to face the Blues on Saturday 20 June. Tickets are available to purchase online at https://www.chiefs.co.nz/game-tickets or via phone on 0800 424 4337.