Māori make up more than half of arrests by ARTs 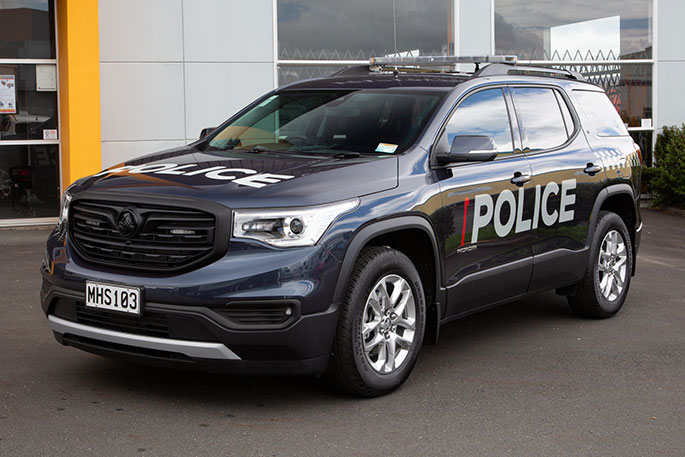 Māori made up more than 50 per cent of arrests and uses of force by members of the now-scrapped Armed Response Teams, police data shows.

During the six-month trial, the armed teams went to more than 200 mental health and suicide threat incidents, more than a dozen cannabis offences, and even checked how 17 businesses were adhering to pandemic rules.

About a quarter of all jobs attended were "3T" turnovers - a stop or search of a car or person. Bail checks, family harm incidents, arrest warrants and suspicious people or cars made up the remaining top five job codes.

Police have proactively released some data from the trial, after Commissioner Andrew Coster yesterday said the teams would not be re-started, following preliminary findings of an evaluation and consultation with community groups.

The top 10 incident codes were:

Other firearm offences can be categorised under separate codes, for example the 12 incidents of aggravated robbery with a firearm.

Other notable codes include 167 responses to a threatened/attempted suicide, 75 for mental health, 22 for cannabis drug offences, 17 of a pandemic business check, and eight for noise control.

Ethnicity data is recorded for incidents where an offence or weapon was recorded.

Of the 1651 offence or weapon incidents where a person's ethnicity was known, 51 per cent were Māori, 36 per cent Pākehā, 10 per cent Pacific, less than 3 per cent Asian and less than 1 per cent Middle Eastern, Latin American or African.

One suicidal man was pepper sprayed. Others who were suicidal or in mental distress had Tasers presented towards them.

No shots were fired during the trial, but firearms were presented five times. Tasers were used twice.

...without being seen for the Police to be ’racist’?..as I see the article, a percentage of offenders arrested had an affiliation with one race in particular, as did the next and so on..that simply does NOT suggest that there is clearly a racial bias ’issue’ here, but the statistically dominant ’race’ are committing more crime!..we are putting more and more pressure omn the police to fix the most mundane things we used to fix simply by fair and reasonable dialogue in many cases, they are NOT your

The headline for this article was a blatant attempt to get people to read it, and was a disservice to the content of the article. When reading it, you understand that at 51%, “more than half” is statistically correct but leaves an impression that is quite different.

I have seen police forces all over the world and had personal contact with several. In Greece, a friend of mine was beat up while I was held back and when they finished they just said: "Take your friend to the hospital". I was trying to reason with their leader while it was going on, but there was no reason in them. We are VERY lucky to have the policing that we do have here. But our Police Force need and deserve the support of ALL of us. They are an extension of the Community and deal with the worst behavioral aspects of it so the rest of us don’t have to. There is no "us" and "them" when it comes to our Police; they represent all of us fairly and properly.

You are not alone. Most of us want to live as one nation, with a level playing field and equal rights for ALL ethnicities. It is VERY wrong to compare our Police to what happens in America; we are an entirely different culture. I see two fundamental rules: 1 - Take people as you find them. If they treat you OK, then they are OK. Respect for all, and no pre-conceived judgements based on race, gender, age, tattoos, clothes, hair length, or anything else. 2 - A fair go for everyone. Defend the rights of all and help those who are weaker than you are or have less resources. We generate enough revenue as a nation to ensure that there should be no place here for obscenities like homelessness and hungry children. Kancho is working to overcome his prejudicial background; that’s the way to go.

I agree with Yadick. It’s sad but for the vast majority law abiding citizens the police do the best they can in difficult and sad situations. We all need to get on together and not look at race in an judgemental way. I however like everyone judge bad behaviour or disrespect no manner whoever it is. I try hard to take a breath and try not jump to conclusions. I ’m still working on it over come my background which was not easy.

if you commit a crime you will be caught says the police.solution ,keep your nose clean

Headlines like this is not at all helpful toward the growing racial divide here in NZ. Some Maori are already making accusations that our much respected Police Force is racially focused. They are not and some Maori making these comments are in fact racially and radically inclined themselves. It’s time we stood TOGETHER as one nation under our flag. Our Police are generally doing a great job. If your behaviour isn’t wrong or criminal you have nothing to fear - this isn’t America. I still hold these AR Units have a needed place.