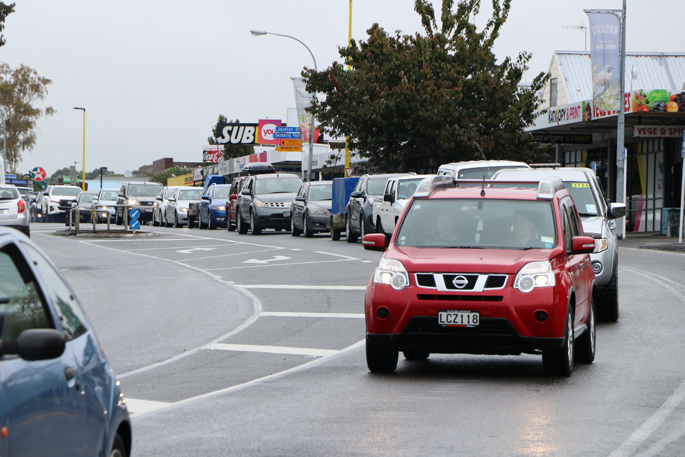 The Katikati bypass is a possibility after being considered as part of the Western Bay of Plenty District Council’s 2021-2031 Long Term Plan consultation.

Council’s Performance and Monitoring Committee made a recommendation to council for the multi-million dollar bypass around the town centre to be progressed for further investigation and inclusion in the LTP and Regional Land Transport Plan.

The recommendation comes in response to the Katikati Bypass not being funded in successive National Land Transport Plans and now being unsuccessful as a shovel-ready project through the Government's Crown Infrastructure Partners economic stimulus process.

The local road bypass will be included in phase two of Council’s LTP that will go out for informal community engagement in September.

This will inform the development of any formal proposal for inclusion in the 2021-2031 Long Term Plan.

The option consists of a two-lane highway leaving State Highway 2 north of Busby Road and following an alignment west of the town to re-join SH2 at Wharawhara Road. Right turn bays at each end of the bypass would enable access to town while providing uninterrupted traffic flow along the bypass.

The option includes a request for assistance from Waka Kotahi NZ Transport Agency to subsidise the local road option since the option of full NZTA funding is currently not successful.

The committee also recommended that council investigate purchasing the land corridor in order to get the project to a shovel-ready state.

Western Bay Mayor Garry Webber supports the recommendation but says any decision would involve significant public consultation and would have to flow through the through the Regional Land Transport Plan if it was to have any chance of being seriously considered.

I believe WBOP has put $100000 aside to do some sort of study on costings for a bypass ,rate payers being again asked to put hand in pocket,There are town like Bulls Sanson Levin Otaki Wellsford Warkworth who would have twice the traffic flow who also have been asking for Bypass I believe 2028 a decision will be made by Land Transport

This Katikati bypass has been TALKED about for 50 years - yes 50 years !!!! and is still being TALKED about !!! AND. I like most Katikati residents for the last 50 years will be long dead before anything actually happens !!!!!!!! The NZTA is too busy with it’s RE-BRANDING to do any real work with the BILLIONS of $$$$$$’s that they get from motorists each year !!!!!