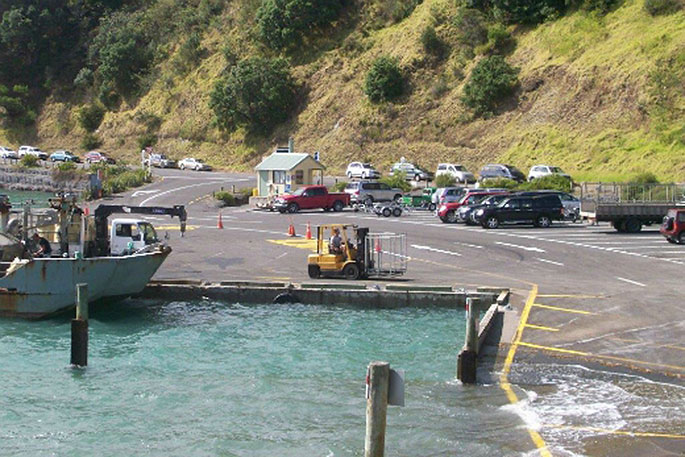 A $19.95 million investment in the Coromandel’s aquaculture industry, from central government’s Provincial Growth Fund, is being welcomed as a much-needed boost to the local and national economy.

The money is being used to grow capacity at Te Ariki Tahi, (Sugarloaf Wharf) in Coromandel
Harbour, with the build of an extended, raised wharf platform to account for rising sea levels,
along with four new berths for increased commercial mussel activity and a separate facility with
launching for recreational boats.

"An extended wharf is a vital ingredient for the future growth of the industry, but was beyond
the resources of the local marine farmers," says says Stephen Hand, Chairman of the Coromandel Marine Farmers’ Association.

"The government investment is a vote of confidence in our future,”

Mayor Sandra Goudie hosted Deputy Prime Minister Winston Peters in Thames Tuesday, for the announcement of what she says is a significant investment in our district.

“Now, more than ever, we will be needing our food producers, particularly in the primary sector,
to carry us forward in these uncertain times,” says Goudie.

“And this infrastructure build fits well within the government’s investment strategy to
help our economic recovery after COVID-19. We are extremely grateful to the government for
acknowledging the importance of this sector, and the investment into our district."

The new Sugarloaf wharf will be able to accommodate up to 42,000 tonnes of mussels a year, where historically it has been constrained by lack of capacity. About 90 per cent of the North Island’s Green Shell mussels are loaded over this wharf each year.

Construction will create around 25 new jobs, with mostly local contractors and suppliers used for the project, which will take approximately 18 months to complete.

The details of consenting and construction are currently being worked through.

In the long-term, the expansion of the wharf is forecast to create an additional 170 new jobs, with a further 880 jobs in supporting industries. 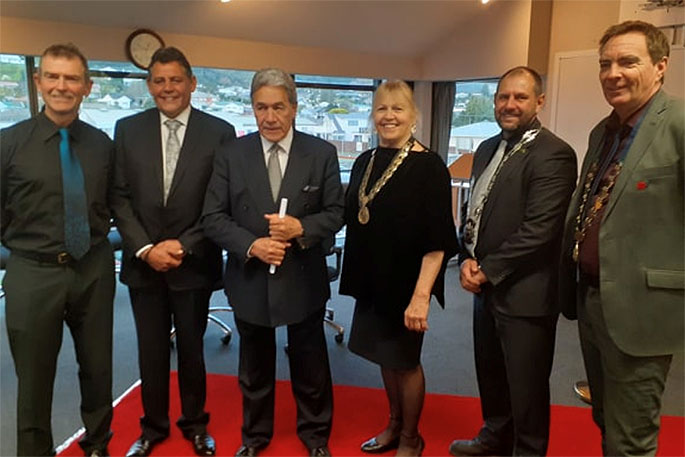 Deputy Prime Minister Winston Peters says the aquaculture sector in Thames-Coromandel contributes $70 million to the district’s GDP and is responsible for 350 jobs.

“But the sector has long been significantly constrained by a lack of capacity at Sugarloaf Wharf, which handles 90 per cent of the North Island’s mussel production.”

“The new wharf, Te Ariki Tahi Sugarloaf, will accommodate up to 42,000 tonnes of mussels a year, to meet increased demand from recently granted consents that have extended mussel farming space in the Hauraki Gulf by 775 hectares."

Peters says Iwi hold consents for 40 per cent of available water space in the Gulf, with all mussels being unloaded at Sugarloaf Wharf.

He says the PGF’s investment will provide greater economic returns for these holdings.

“Providing a dedicated recreational boating facility will also bring more visitors to the region and grow exciting new opportunities such as charter fishing, which has long been popular in the Gulf."

Minister of Fisheries Stuart Nash says the investment is closely aligned with the Government’s strategy to grow the aquaculture industry to $3 billion by 2035.

“An upgraded wharf at Sugarloaf is critical infrastructure that will enable aquaculture growth and help realise meaningful jobs, wellbeing and prosperity for the people of the region,” sayst Nash.