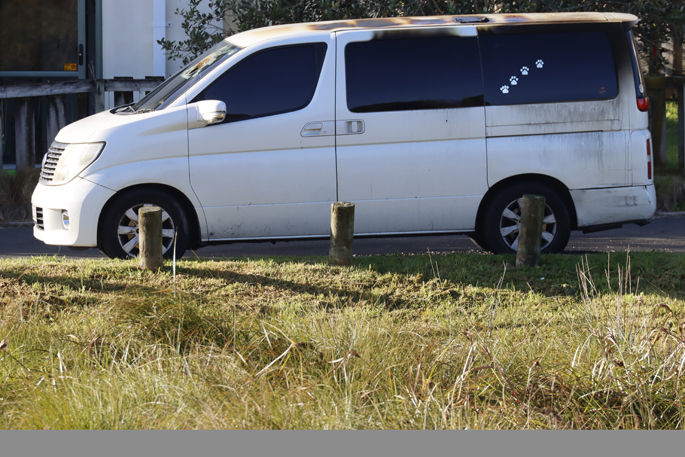 Fire crews were called to the fire at 6.51am. Photo: Daniel Hines.

Police are being called in to investigate a car fire in Tauranga.

Fire crews were called to the fire in Gate Pa earlier this morning.

Fire and Emergency New Zealand northern fire communications shift manager Colin Underdown says they were called to the incident on Watling Street at 6.51am.

Colin says the car fire “wasn’t well-involved” when the crew arrived, and it took about 30 minutes to put out.

He couldn’t determine whether or not the fire was suspicious, but says information has been sent to police.

A police spokesperson says police were notified by FENZ of a potentially suspicious car on fire on Watling St at 6.45am today.

"It looks like FENZ dealt with the fire and we will be making follow-up enquiries regarding the circumstances."