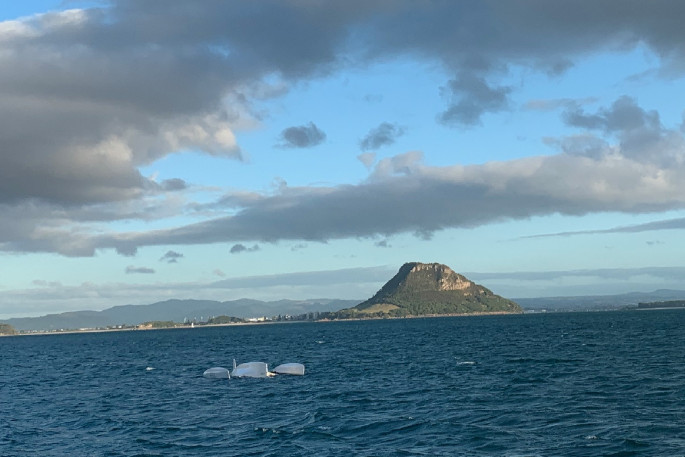 The three hulls of the upside-down trimaran can be seen on top of the water. Photo: Jack Williams

A trimaran has capsized outside the Tauranga harbour this afternoon.

The Duty Harbourmaster has confirmed that they are aware of the capsized yacht and that the Coastguard are attending to it.

The name 'Sledge' can be seen on the side of the trimaran.

It is understood that there were three people on board at the time of the capsizing and they are all safely out of the water.

Jack Williams, who was fishing in the area says that he saw the multihull drifting, and the Coastguard boat coming out to it. He thinks they must have taken the passengers back to shore first before returning to the capsized craft.

The Harbourmaster has confirmed that the owner is in the process of getting it salvaged. 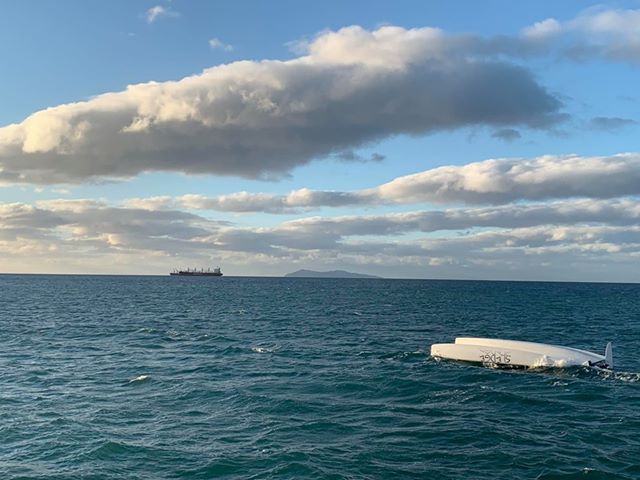