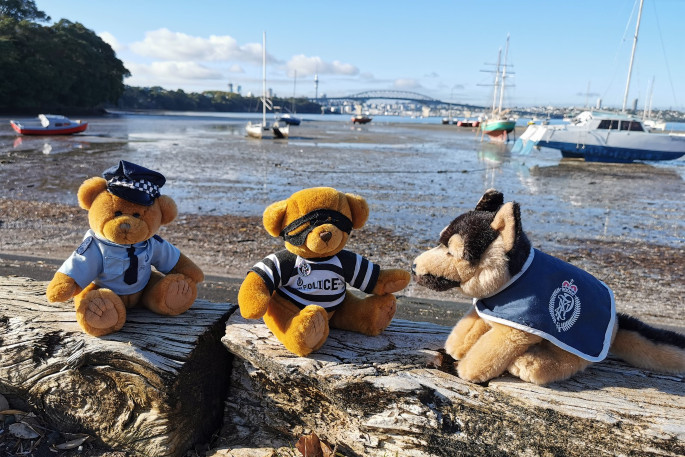 Five new cops who have recently graduated are being deployed into the Bay of Plenty region.

Their 16-week course became 18 weeks, interrupted by COVID-19 alert level 4 and 3 restrictions that saw them deployed to their home districts and working in a variety of Police roles while managing online learning.

Constable Nina Barton returned to the Bay of Plenty District, where she is now posted, and has been praised for her policing skills there.

After a crash on a state highway and during a careful examination of the wider scene, Nina located a loaded pump-action shotgun and cannabis hidden in long grass, and so prevented them from being picked up later by one of the people involved in the crash.

“That was an example of careful and dedicated work on the frontline,” says Senior Sergeant Rebecca Lockwood, Initial Training Programme Manager at the RNZPC.

“The recruits gained a lot of value from their postings during the level 4 and 3 restrictions, being able to put into practice some of what they had been learning.”

Nina’s iwi is Ngati Porou and she says her interest in joining Police started when she was younger, seeing police officers helping people through difficult situations.

“I thought this is the career for me!”

Moving to Australia and having a family put that ambition on hold for a while, although Nina met other goals, such as representing Australia in the first Women’s Rugby League World Cup.

“I dreamed of returning home to the whenua to pursue a Police career,” says Nina.

In 2017 she did just that and began her recruitment application that has seen her graduate after three years of hard work towards this new role.

“I’m doing this for my kids, my community and my country,” says Nina.

Constable Tayla Price, who is also posted to the Bay of Plenty District was inspired to join Police by a ‘super hero’ in a blue uniform.

“I’ve been very interested in joining Police ever since a community constable came to my primary school when I was eight years old,” says Tayla.

“I saw the uniform and immediately thought she was a superhero.

“I heard her stories about people in need and I thought, ‘I want to be like her one day’, so here I am, hoping to make a positive difference to people’s lives.”

Tayla has some impressive moves worthy of a superhero. She has a black belt in Taekwondo, and has represented New Zealand twice at junior world championships. Tayla also coaches and mentors the younger generation, helping to grow the next Taekwondo champions.

The wing is ethnically and culturally diverse, with 38 per cent of the wing from ethnicities other than New Zealand European.

Some of the languages spoken by wing members are Italian, French, Hindi and Punjabi.

Constable Tevita Tuipulotu speaks fluent Tongan having spent about a decade living in Tonga as a child.

Before joining Police, Tevita worked in the security industry and through that work found that he liked dealing with people needing help.

Now, as a police officer, he says he’s looking forward to working within the communities of Counties Manukau District.

Growing up in Auckland, he gained a law degree, was admitted to the bar and has worked in criminal defence law.  He has also been a volunteer fire fighter.

Hanzhen, who is posted to Waitemata District, says he has joined Police to help people who are in need of support.

Constable Petra Apperley has refocused her childhood aspiration of being a knight and fortunately for Police she decided a blue uniform was a more comfortable fit than armour.

Petra enjoys getting to know a diverse range of people, which she has managed through voluntary work teaching English to refugees and new migrants.

She has also been a welcoming face at the front counter of Nelson Central Police Station.

Petra is delighted with her new career.

“What better way to serve and protect?” she asks.

“I have an absolute love of connecting with and understanding the experiences of others, so I can’t wait to get back into Tasman District and do my bit to keep the community safe.”

Although the usual graduation ceremony was cancelled due to COVID-19 restrictions, the new constables were attested and graduated from their initial training course at a special ceremony with Police Commissioner Andrew Coster and the Police Minister the Hon Stuart Nash.

The new constables will have a one-week break before starting duties in their districts.