Govt to spend $1.5b on new Defence Force aircraft 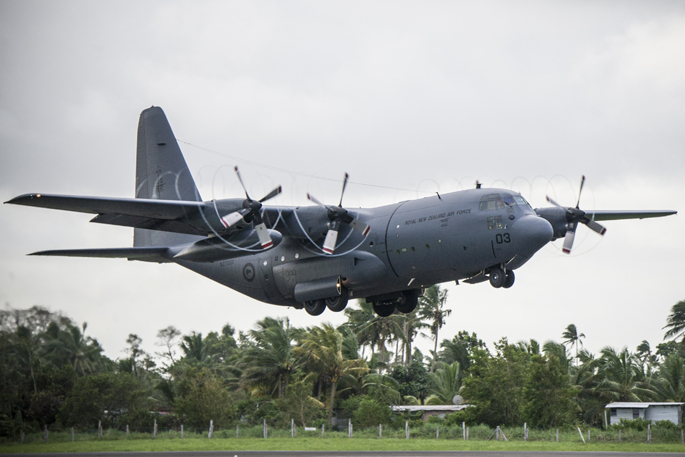 The government will spend $1.5 billion buying new aircraft for the Defence Force.

Along with the new fleet, the $1.521 billion project will deliver a full mission flight simulator and other supporting infrastructure.

The aircraft and simulator are being acquired through the United States’ Foreign Military Sales process as part of a package that includes aircrew and maintainer training.

Mark says this has reduced costs and allows collaboration with other nations on developments and system upgrades that will be necessary over the life of the aircraft.

“Generations of New Zealanders have grown up and grown old with the Hercules, and they know these aircraft are an essential first line of response.”

The new aircraft will carry a greater payload, are faster and can travel further than the current Hercules aircraft, says Mark.

“This fleet will ensure the Defence Force can continue to support New Zealand’s community resilience, our national security, our contribution to our Pacific neighbours and the wider global community.

“The first of the new Hercules will be delivered in 2024, with the full fleet operating from 2025, allowing for a phased retirement of the current fleet.”

The government has also approved $21 million to upgrade systems in the Air Force NH90 helicopters to comply with regulatory and operational requirements.

The trouble is that as soon as people see "$Billion" they start thinking about hospitals and schools etc. It’s natural, but it is misguided. You are 100% spot on about these aircraft; they will do a huge amount of good and they will enable us to meet our commitments within the alliances we are party to.

What aspect of the Covid-19 pandemic do you think was NOT coped with? We had a theoretical limit of around 500 ICU beds; we used 17 of them. And our "3rd world Health care system" has some world-recognized centres of competence like Green Lane for cardiac, Victoria in Rotorua for arthritis, and Otago for Dentistry. The same shoddy 3rd world people are currently assisting the world effort for a vaccine ... The aircraft will save many lives, just as the current ones have.

Walbuck,these are not toys.The present aircraft since 1965 have been life saving work horses mainly around the country and Pacific basin.They have saved many lives.With all the up dates and maintenance program carried out by dedicated airman,they are at the end of there life.During COVID 19 they bought supplies into the country and distibuted them around the country.During the recent natural disaster,emergency equipment would not have been deployed to where they are needed.You probably know of someone who has benifited from it.

Wow. That money printing machine is working overtime. It’s a shame they cannot put more into our 3rd World Healthcare system and get some more ICU beds, meds, etc, so we can cope a bit better the next time a cold virus comes around.

With the country probably getting close to 200 billion dollars in debt - is it really a good idea to be buying some shiny new toys - that lets face aren’t really needed. You’d get laughed at if you tried going to a bank for a loan with the same debt to earning to asset ratio.