Temperatures to drop as snow falls in NZ 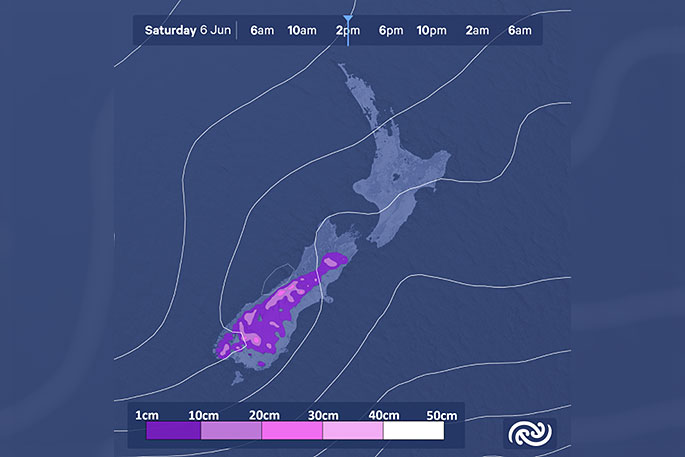 Monday marked the first day of meteorological winter and according to MetService, the weather over the coming days is set to deliver on expectations.

The country is already feeling the effects of the chilly season.

“A showery Thursday is on the cards for many today, most notably the lower North Island, where a Heavy Rain Watch is in force for Wellington and Kāpiti with a southerly change that brings heavy, possibly thundery showers this evening," says MetService meteorologist Mmathapelo Makgabutlane.

MetService is also forecasting snowfalls down to 900 metres for parts of the central South Island today, where snow may settle on the higher elevation roads and mountain passes overnight.

The southerly continues up the North Island on Friday, bringing further wet weather for many.

Northland and Auckland, where there has been much-needed rain for the drought-afflicted area this week, get a period of heavier showers as a low pressure moves across.

Things gradually clear over the rest of the North Island as the low pulls away to the east in the evening.

The remnant showers steadily clear over the South Island on Friday.

“Although Friday afternoon is looking sunny, it will be a rather cold and crisp day as daytime temperatures will mostly be in the single digits.

“Alexandra only reaches 7°C and Ashburton struggles to a maximum of 8°C”.

The cold and wet weather continues into the weekend as the next cold front moves up the South Island on Saturday. Along with rain, the front brings a push of very cold air.

“It’s likely that snowfalls could get down to around 500 metres for the lower, central and eastern South Island."

The rain spreads to the North Island on Saturday evening, and a brisk southwesterly change brings about a cold, showery Sunday, which sees temperatures in the upper North Island struggle to the mid-teens, and Taupo only touching 10°C to round up the first week of winter.