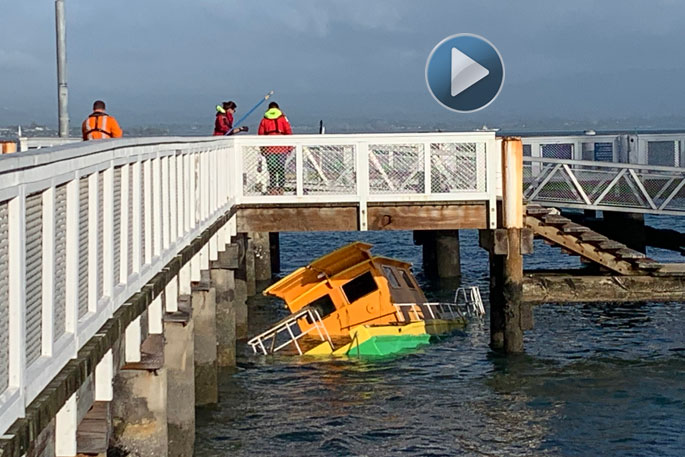 A boat is sinking at the wharf in Pilot Bay this morning.

A caller to the 0800 SUNLIVE hotline says a boat has been smashing against the wharf at Pilot Bay due to the rough weather.

Another SunLive reader has messaged the Facebook page saying that the boat is currently sinking at Salisbury Wharf.

A Bay of Plenty Regional Council spokesperson says their Maritime team is currently responding to a recreational vessel that has sunk at Salisbury Wharf.

A bystander at the scene told a SunLive reporter that the sinking boat has been berthed at the Salisbury Wharf for the past week.

They say the boat owner called the ambulance last night after becoming unwell.

“Before being taken to hospital they tied their boat to a post at the wharf. The harbour master only became aware of the sinking boat an hour ago."

The reporter says there are people at the wharf pulling things out of the water – including a ladder and bottles. 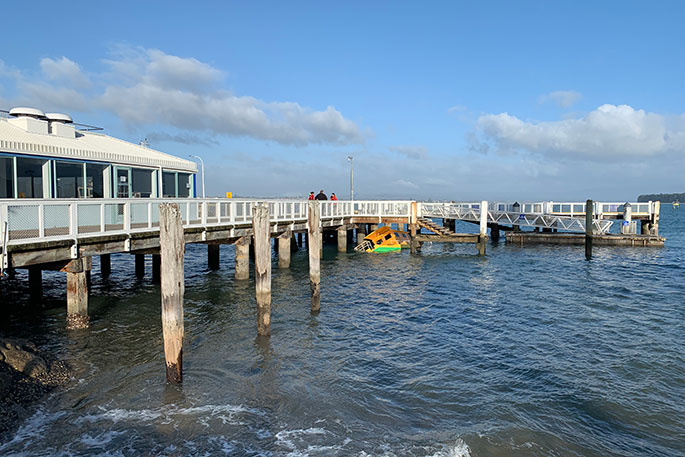 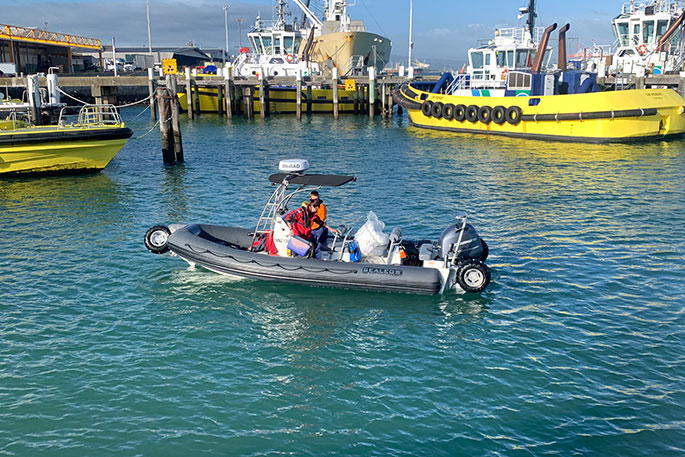 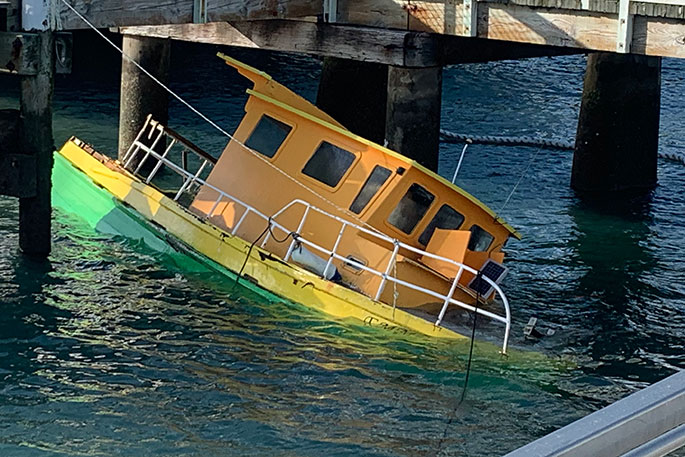