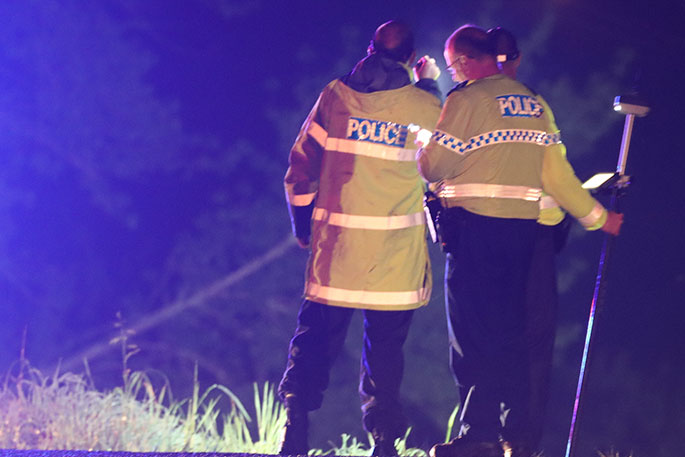 The serious crash unit was called to the scene of the crash last night. File photo.

UPDATED 7.26AM: One person has died after the serious crash last night on State Highway 29

Emergency services were called to the single-vehicle crash about 8.35pm in the Lower Kaimai area.

"A second person is understood to have sustained serious injuries.

"The road reopened shortly after midnight."

Anyone with information about the crash can contact Tauranga Police Station on 07 577 4300.

Alternatively, information can also be called in anonymoulsy via the Crimestoppers 0800 555 111 line.

State Highway 29 is open this morning following a serious crash in the Lower Kaimai area.

One person was taken to Tauranga Hospital in a critical condition and another sustained serious injuries in a single vehicle crash.

Emergency services were called to the crash, which was located on the highway near McLaren Falls, at 8.35pm.

A police spokesperson says the Serious Crash Unit was called to the scene to examine the area.

The road was closed between McLaren Falls Rd and Omanawa Rd.

NZTA reports the highway was re-opned around 12.30am.

Police are continuing to investigate the crash.