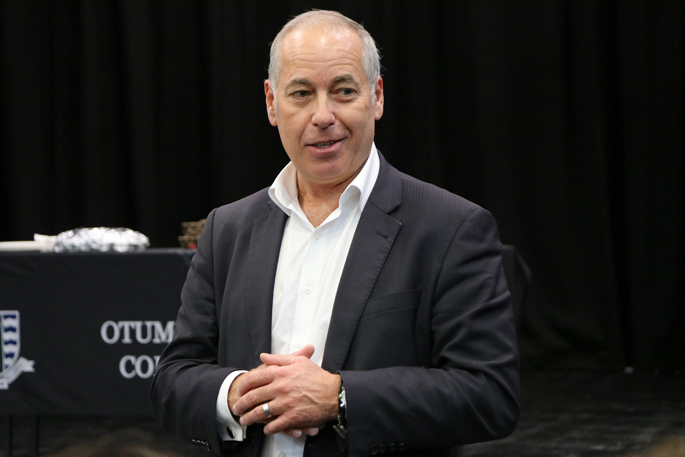 The mayors of Hamilton and Tauranga are seeking to work much more closely on ensuring their cities have aligned infrastructure and spatial planning strategies.

They have identified some “priority issues” they say are critical to the future wellbeing of each city.

Both mayors believe understanding and protecting key transport connections between Hamilton and Tauranga, specifically the Port of Tauranga, are key to the upper North Island and national economies.

Already the Waikato-Tauranga sub-region is a key player in New Zealand’s freight and logistics system. Huge volumes of freight pass through Waikato’s road and rail networks and the future location of ports – both sea and land – is critical to the national transport system and national economy.

Hamilton already has an inland port at Crawford St and there is an inland freight hub at Horotiu in the Waikato district. A further inland port is planned for Ruakura within the Hamilton city boundary.

Both mayors suggest protecting and developing the North Island main trunk line and east coast rail corridors for inter-regional freight should also be a priority.

They are urging a comprehensive review of the North Island logistics and freight system before final decisions are made around moving the Port of Auckland, potentially to Northland.

“Hamilton has put a lot of emphasis, quite rightly, on the Hamilton to Auckland corridor and there has been some excellent work done in that space," says Southgate.

"The Waikato Mayoral Forum under Mayor Allan Sanson plus the FutureProof and SmartGrowth leadership groups chaired by Bill Wasley are doing great work for our wider region. But Hamilton can’t lose sight of the Hamilton-Tauranga connection.

“We need to make sure any changes to New Zealand’s ports fully consider the exporting and logistics roles of our two cities, given they are already so closely linked. It’s important we work together to deliver a competitive supply chain network that allows us to plan for future challenges and leverage future opportunities.”

Powell notes the likelihood of a progressive scaling-down of the Port of Auckland’s activities in future years would make efficient transport links between Hamilton and Tauranga critical for exports from the upper North Island, an area which generates more than half of the country’s GDP.

“On its own, that confirms the need for a joined-up planning approach and we believe that now is the right time to explore potential linkages between the Waikato’s FutureProof economic development strategy and the Western Bay of Plenty’s SmartGrowth plan,” he says.

Both mayors noted the cities already share significant and growing education and research capability activities through University of Waikato campuses.

They have noted the Government directive that regions must work collaboratively and have well-aligned planning strategies to promote both economic growth and the wellbeing of communities.

“Our cities have common interests in many respects and as the country looks to recover from the impacts of COVID-19, now is the time to demonstrate leadership and a willingness to combine our strengths for the regional and national good,” says Powell.

Tauranga and the wider Western Bay of Plenty sub-region were already grappling with the infrastructure challenges created by sustained population growth, he says.

“There’s absolutely no doubt that a collaborative approach with Government and our key regional partners is the most effective way of dealing with those challenges and it seems equally obvious that there is much to be gained in working closely with Hamilton City, to ensure that our road and rail infrastructure will support the inevitable growth of exports through the Port of Tauranga.”

Both civic leaders noted that education was also an ‘export product’ which attracts overseas students and generates considerable revenue for their cities.

“Any joint initiative which supports the growth of University of Waikato’s course delivery will be mutually beneficial and we look forward to working with the University’s leadership team to help promote its future growth,” says Powell.

a ruse designed to disguise someone’s real intentions or activities. Clean up the terrible mess you have made of TCC first. You are embarrassing.