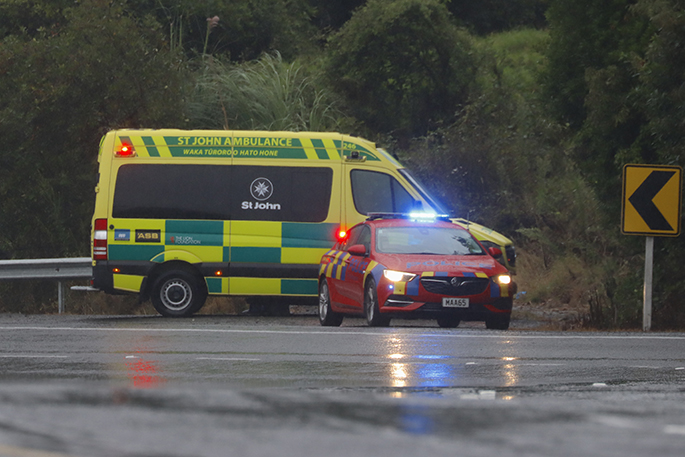 In the last 10 years, five people have died and 10 people have been injured in crashes on SH33 and SH30. Photo: Daniel Hines/SunLive.

The new permanent speed limits through Paengaroa and between Ōkere Falls and Rotokawa Road will come into effect from Monday, June 29.

Between August and September 2019, Waka Kotahi consulted the local community and road user groups on safe and appropriate speed limits in an effort to save lives and reduce the number of serious crashes.

Director Regional Relationships Steve Mutton says this route is one of the highest risk roads in the Bay of Plenty.

Five people died and 26 people were seriously injured in crashes on these roads in the last ten years (2009–2018).

“While we are making State Highway 33 safer with improvements like wide centrelines and road safety barriers, lower speed limits are needed. Human beings are fallible. We all make mistakes, and we will never eliminate crashes, but speed is a factor in every crash and it’s the factor that determines whether you are killed, seriously injured, or walk away from a crash unharmed. Mistakes are inevitable, but deaths and serious injuries aren’t.

“Our priority is to make this road safer so that everyone using it can get where they are going safely and reliably.

The current speed limits vary from 100km/h along the rural open road sections to 70km/h through the rural towns of Paengaroa, Okere Falls and Mourea.

These speed limits are unsafe when combined with the number of vehicles, including heavy vehicles, driving through areas where people live, or are enjoying popular recreational sites.

The consultation also proposed a variable 60km/h Intersection Speed Zone at the SH30/SH33 Te Ngae Junction. Waka Kotahi is reviewing the feedback received on this and will share a decision at a later date.

These permanent speed limit changes follow engagement with the Police, the AA, and the Road Transport Forum, and consultation with the public.

More information on the permanent speed limits and our consultation summary, including the submissions, can be found at nzta.govt.nz/projects/sh30-33-permanent-speed-limits

From Monday, June 29, the new permanent speed limits are: