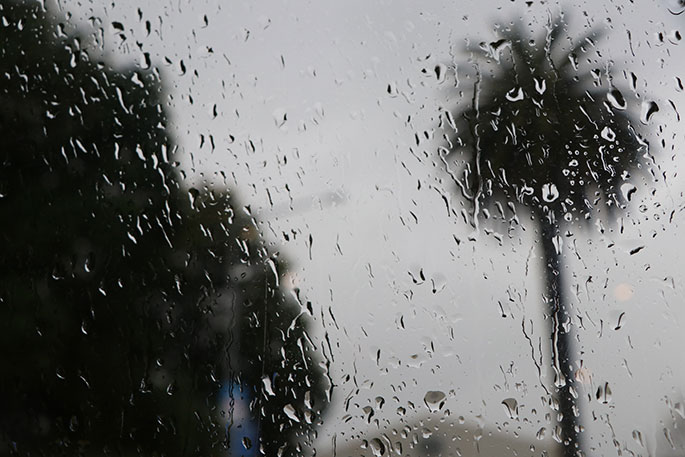 The Metservice have issued two weather warnings and three weather watches for the upper North Island this morning.

Heavy rain warnings have been issued for Northland and the Coromandel Peninsula.

Northland can expect periods of heavy rain today with 100-130mm of rain to accumulate with peak rates of 20 to 25 mm per hour.

Rain is expected to become heavier again from this afternoon on the Coromandel Peninsula with 120-160mm of rain expected to accumulate, with peak rates of 20 to 25 mm per hour.

State Highway 25 between Hikuai and Whitianga has been closed due to flooding overnight and will remain closed until further notice. An alternative route via Coromandel town has been advised for drivers to take.

The heaviest rain is likely in Northland and Coromandel Peninsula, and a Heavy Rain Warning is in force. A Heavy Rain Watch is in force for Auckland, and now also for Gisborne, and for parts of the Bay of Plenty.

The Metservice advise that in addition, gale easterlies are likely to affect Northland, Auckland, Coromandel Peninsula and northern Waikato, and a Watch remains in force. Strong winds have the potential to damage trees and power lines, lift roofs and make driving hazardous, especially for high sided vehicles. Please note, that these areas have not experienced strong winds from this direction for an extended period of time and are advised to make sure that items and structures are secure.

A Heavy Rain Watch has been issued for Auckland, especially north of the city, and about Great Barrier Island and the Hunua Range; Western Bay of Plenty about the Kaimai Range; and Gisborne, mainly north of Tolaga Bay and the eastern ranges of the Bay of Plenty.

These areas are expected to have periods of heavy rain and rainfall amounts may approach Warning criteria.

A Strong Wind Watch has been issued for Northland, Auckland, Coromandel Peninsula and Waikato north of Huntly, where easterly winds may approach severe gale in exposed places at times. Winds should ease in Auckland late Monday morning and Coromandel Peninsula/northern Waikato in the early afternoon on Monday.

People are advised to keep up to date with the latest forecasts.

These metservice forecasters hands must shake when they get their pay packet. All the technoligy and a more reliable weather prediction is gained by looking out the window! What happened to the heavy rain here yesterday and today???