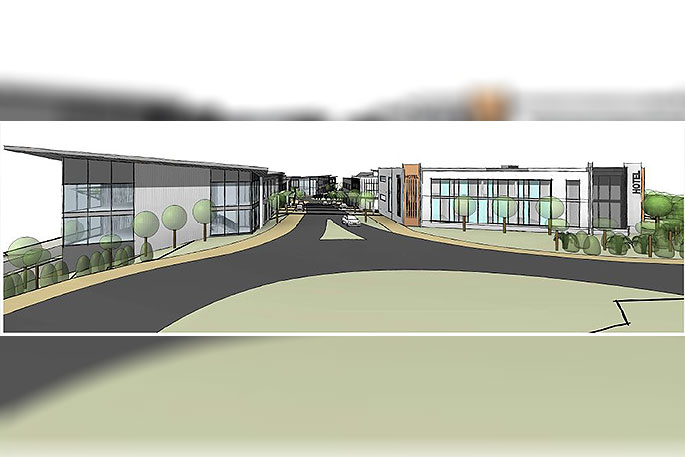 An artist's impression of the town centre. Supplied images.

An application for a privately funded $75 million Omokoroa Town Centre has been submitted to the Western Bay of Plenty District Council for resource consent.

The submission for 404 Omokoroa Road, by local business JACE Investments Limited, is to be considered by Council as part of its Omokoroa Structure Plan for the long-term development of land between the peninsula’s railway line and State Highway 2.

The proposal features staged development of a multipurpose retail, commercial and social community hub. Shops, cafes, offices and a civic centre are included along with a possible cinema and multiple green spaces that could accommodate the likes of a farmers’ market.

Company Director Craig Lemon says the vision for the town centre design, aesthetics and ambience have been carefully considered to reflect the lifestyle, character and environment of Omokoroa.

“Extensive planning and reviews have been undertaken including architectural and urban design concepts, transport, geotechnical, economic, cultural and archaeological assessments.”

The 7.9 hectare site includes 5.3 hectares already commercially zoned. The remainder is categorised as Future Urban. Located next to the proposed future school, within walking distance of new residential developments and linked with a pre-existing network of walkways and cycleways, the town centre would be easily accessible for locals and surrounding rural communities. 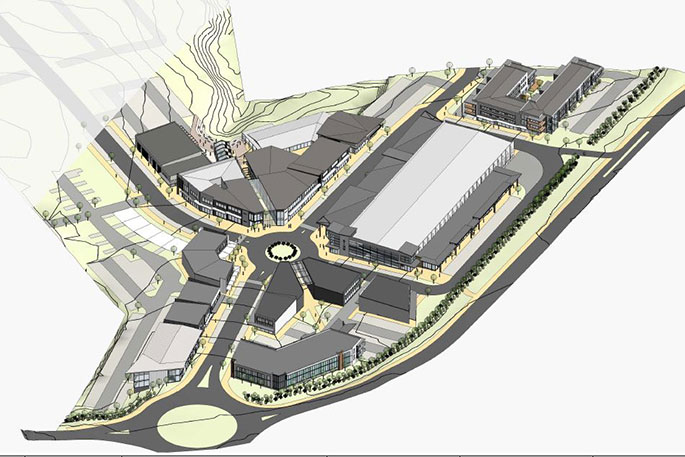 Fully serviced by waste and stormwater infrastructure, Lemon says their proposal is less exposed to lengthy regulatory, land procurement and town planning processes of other options being considered by Council.

“In a post-COVID environment, our plans are potentially shovel-ready and can help stimulate significant local economic activity and jobs,” says Craig.

“Our understanding of local government procedures indicates that other state highway orientated options under consideration by Council could take two to three years to progress to the point we are already at.”

If approved, the JACE Investments proposal would see an unprecedented level of private sector investment in Omokoroa backed by a financially stable and reputable local company.

“We believe that with further consultation, our fit-for-purpose model can meet the needs of the growing Omokoroa community over the next 30 to 40 years without the need for further public investment or an impact on ratepayers.

"We think that many residents would favour our proposal as the preferred alternative to universally designed highway-based stopover concepts."

The JACE Group portfolio includes horticulture companies and property developments - MPAC (Mount Pack and Cool Limited), Gro Plus, Southern Orchards Limited, APAC (Auckland Pack and Cool Limited) and Kiwi Green New Zealand Limited. The company has been based in the Bay of Plenty since 2003 and annually employs over 700 in the region.

Rate payers will pay something. Mark my words. "We believe"....oh yeah...Well we know that infrastructure alone increases rates.

Sounds fab but what about the entrance on SH2

I think before they even consider allowing such projects to go ahead, the roads around this area need to be sorted first!!! Omokoroa and the surrounding area cannot handle anymore traffic.

What are we waiting for, lets get moving.