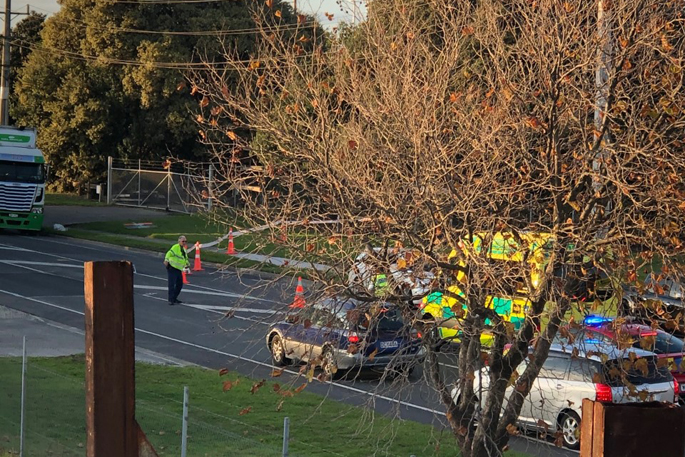 Police are asking for witnesses to a collision between a truck and cyclist in Mount Maunganui to come forward.

Emergency services were called to the crash on Totara Street, near Maui Street, around 4pm on Thursday.

A cyclist was taken to Tauranga Hospital in critical condition.

"Police can confirm a cyclist has died following the earlier collision at the intersection of Totara Street and Maui Street in Mt Maunganui," says a police spokesperson.

"Tauranga Police would like to speak to anyone who witnessed the collision between a truck and a cyclist..

Information can be phoned into the Tauranga Police Station on 07 577 4300.

Non-emergency information can be called into the police's 105 number.