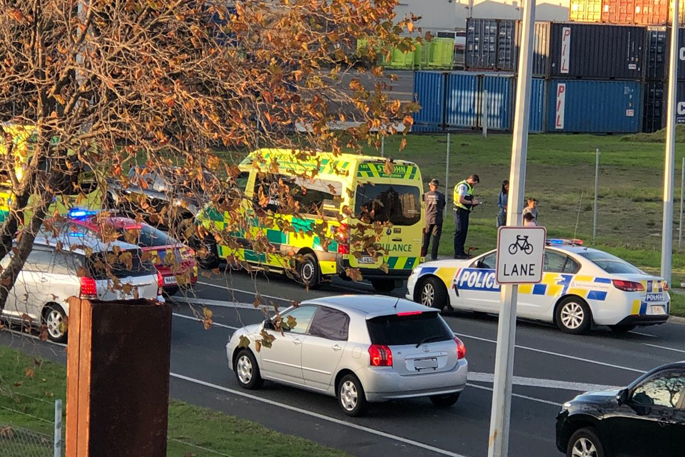 Ambulance and police at the crash on Totara Street. Images: Mike Anderson.

One person is dead following a crash in Mount Maunganui.

Emergency services were called to the crash on Totara Street, near Maui Street, around 4pm.

A cyclist, who was involved in a collision with a truck, was taken to Tauranga Hospital in critical condition.

"Police can confirm a cyclist has died following the earlier collision at the intersection of Totara Street and Maui Street in Mt Maunganui," says a police spokesperson.

"The road remains closed while Police carry out a scene examination."

My sincerest condolences to the family at this tragic time. I don’t know at all the circumstances of this tragedy but Council really need to look at these suicide lanes. They are so, so dangerous. Put the cycle lanes on the footpath. How many pedestrians do you see on Totora Street?