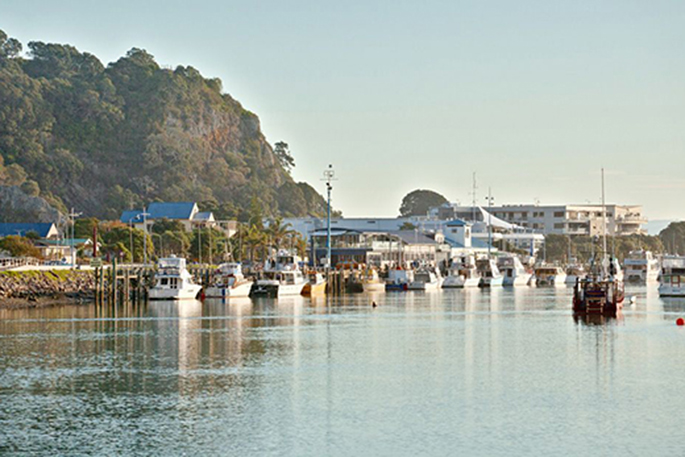 The Whakatāne Town Wharf is getting an upgrade. File photo.

A Bay of Plenty wharf, which is more then 100 years old, will have maintenance and strengthening works carried out so it can be around for another 100 years.

Construction of the Whakatāne Town Wharf began in 1919.

The 134m wharf is already home to the Whakatāne Sport Fishing Club, and will also become an integral part of the new riverside walkway and public space, which is part of the $29.2 million dollar Whakatāne Riverfront Revitalisation.

The works to be carried out on the wharf include replacing and strengthening piles and concrete structures underneath the wharf – around 70 cubic metres of concrete in total.

“The wharf remediation project couldn’t come at a better time for our District as we look to kickstart our economy again after two major setbacks,” says Mayor Judy Turner.

“This is one of a series of projects we are working on with local, regional and national partners that will bring much needed employment and economic activity to our region.”

Regional Economic Development Minister Shane Jones is “very pleased to see progress being made to restore the Whakatāne town wharf to its former glory”.

“I visited the town in March, and it is a beautiful old wharf.

“The work, which is jointly funded by the Provincial Growth Fund and Whakatāne District Council, will provided much-need work and economic stimulus for the area.”

Shane says the project is part of an announcement I made in Whakatāne in March of $36.8 million for three projects.

“This is just part of the $213.9m the Provincial Growth Fund has invested in the Bay of Plenty through various initiative including rail and forestry since the fund’s inception.”

In April, while still in lockdown, Whakatāne District Council asked concrete remediation experts for expressions of interest in the project.

It received an enthusiastic response - four were invited to prepare tenders. The physical works are expected to take around seven months to complete.

The wharf will remain open most of the time that work is underway, although visitors and those working and living nearby will notice noise from the works.

Vessels moored on the wharf will be relocated to safe berthage nearby, and will be permanently located in the proposed new Boat Harbour when this is completed.

The Whakatāne Town Wharf Remediation is funded by the Whakatāne District Council and the Provincial Growth Fund.

It is the first step in a wider project that enables Te Rūnanga o Ngāti Awa and Whakatāne District Council to work together for better social, economic, environmental and cultural benefits for all of the Whakatāne Region.

The programme is forecast to provide $80 million in local GDP growth per annum when it reaches fruition.

For more information about the Whakatāne Regeneration Programme visit www.whakatane.govt.nz.