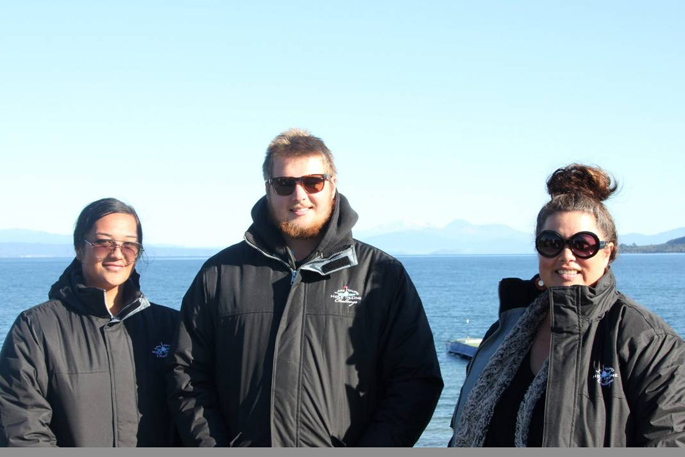 Taupō tourist operators have appreciated the first week of more open trading under Alert level 2 and are looking ahead with cautious optimism.

Operations manager for Taupō Hole in One Golf, Renee Kiwi, says the business had been busy since it re-opened on May 14.

“With lockdown I wasn’t too sure what was going to happen, so we were pleasantly surprised that the stats are strong. It made us feel really good.”

The novelty golf driving business had a fairly high proportion of domestic customers, at 70 per cent, and she felt Taupō was well positioned in the heart of the North Island to cater to holidaying New Zealanders.

“We’re not too far from anywhere and within easy access of about two million people.”

Their contract tracing forms had revealed around two thirds of their customers on the first weekend were from out of town, she says, showing internal travel seemed to be building.

“In a nutshell we were very busy on the Saturday with around 50 jumps and in the 30s or so on the Sunday.”

The height of the visitor season could see up to 160 jumps though 40 in a day was good for winter.

But the biggest gain for the company, says Darryn was the morale boost for the team away from doom and gloom.

“People were commenting on how busy the site was when driving past and that flows on into the town - people come off the ETA (East Taupō Arterial) and down Spa Road and see a full carpark.

"If this is phase two it’s great, and we’re looking forward to when international tourists visit again. The sooner the better.”

The adventure tourism operator was — for a short time — offering $88 jumps to reflect Bungy’s opening more than 30 years ago in 1988 and as a thank you to Kiwis for bringing Covid-19 under control.

Mind Junction activity park owner Jeff Mayhill says he and his family had used the enforced lockdown layoff to refurbish some displays and entertainment areas.

Now they were just waiting for visitors.

“We had about 30 this weekend as opposed to the normal 200. But there were folk from Wellington, Palmerston North, Rotorua.”

She was hoping the July school holidays would bring the usual upswing in custom.

Given that drop off in passing trade, Christine Robb of Lava Glass joked that with a full staff on: “anyone who comes in the door gets the royal treatment at the moment.”

Queen’s Birthday Weekend and then the school holidays would, she says, be a test point for the Wairakei glassblowing studio, sculpture garden, art gallery and café.

“Realistically it will probably be a few years before we’re back up to where we were.”

The key issues for hospitality businesses during the closure were they still had to pay rent and other bills on no income.

“The wage subsidy helped keep the workers employed, it covered most but not all wage costs, but the government provided little to no relief for business owners apart from deferred tax allowance.”

He was hoping the end of the dining requirement would mean more people going out.

“With foreign tourism gone for the foreseeable future, businesses are now heavily reliant on domestic tourists and more importantly locals.

“Hospitality businesses in the Taupō region would love to welcome locals for a meal, a drink or perhaps even a night or two away,” he says.

i wonder how many people actually get a prize in this rip off game. grossly over priced