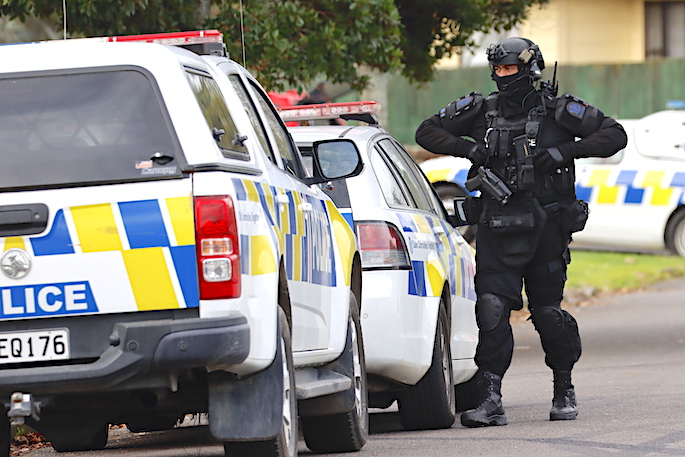 One man is in police custody this afternoon. Images: Daniel Hines/SunLive

A man has been taken into custody following a shooting and police pursuit in Bay of Plenty.

Around 11:25am, police initiated a pursuit after a man fled from a Kawerau property in a vehicle while an arrest warrant was being executed.

Spikes were deployed, however, the vehicle continued towards Te Teko. The fleeing vehicle was spiked again and came to a stop in Te Teko.

"At this point the driver presented a firearm at Police and Police have fired at him in response. The man has then fled in another vehicle stolen from the scene and headed back towards Kawerau," says a police spokesperson. 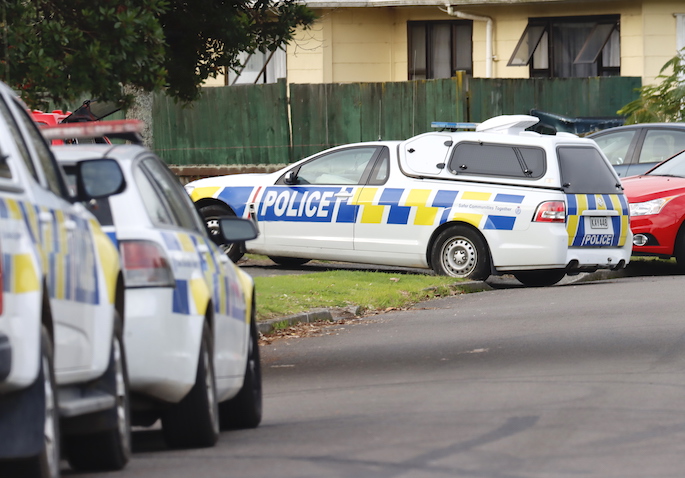 "Police forced the vehicle to a stop in Kawerau however the offender then fled on foot."

He was tracked to a residential property and surrendered to police around 2pm and taken into custody.

No injuries have been reported to those involved or any police staff at this time.

"An investigation into the circumstances of the incident is underway.

"A Critical Incident Investigation will also be undertaken and as Police firearms were discharged the IPCA will be notified.

Police have reopened SH 30 Te Teko east of the Rangitaiki River after closing it for a scene examination.

"Police would also like to thank members of the public for their patience and understanding during the incident." 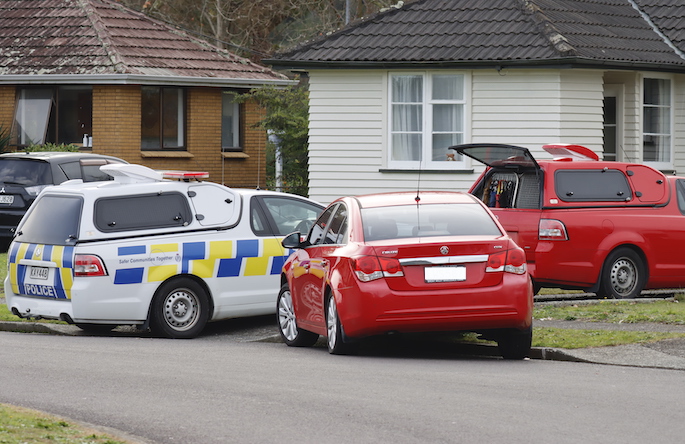