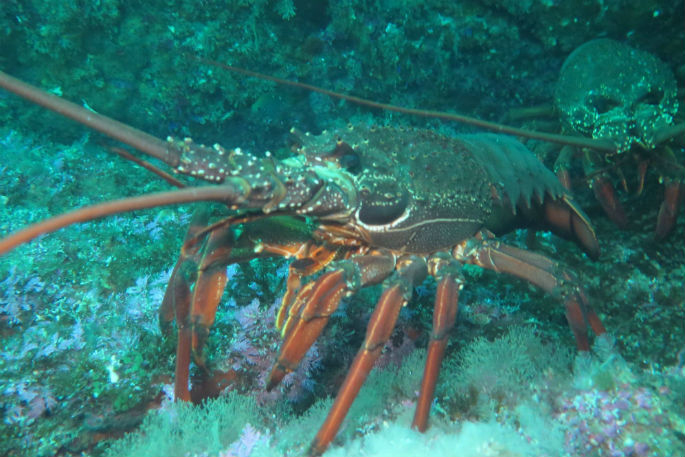 Fisheries New Zealand has announced changes to the recreational fishing rules for rock lobster in the Hauraki Gulf/Bay of Plenty (CRA 2) and the Canterbury/Marlborough (CRA 5) rock lobster fisheries from July 1.

In the Hauraki Gulf/Bay of Plenty fishery, known as CRA 2, the recreational daily bag limit has reduced from 6 spiny rock lobsters per person to a new daily limit of 3.

For the Marlborough/Canterbury rock lobster fishery, known as CRA 5, the recreational accumulation limit has reduced to 3 daily bag limits (a total of 18 rock lobsters).

Bag and tag conditions have also been introduced, requiring fishers to clearly store and label each day's catch.

These rules already apply in the Kaikōura Marine Area, a sub-area of CRA 5.

The changes have been made to support the current rebuild of the CRA 2 rock lobster fishery from low levels, and to assist with addressing illegal take in both fisheries, says director of fisheries management Emma Taylor.

"We regularly review New Zealand's fisheries to ensure they remain sustainable, and when there is evidence that stocks are low we take action."

In both the CRA 2 and CRA 5 fisheries, a new requirement for telson clipping, which involves cutting the last third of the middle fan of a lobster's tail, has also been introduced.

"This is to help easily identify recreationally caught lobster so it can't be traded, sold, or bartered. It assists fisheries compliance in detecting and deterring illegal take and sale of crayfish.

"Crayfish are highly valued by customary, recreational, and commercial fishers. Our job is to work to find a balance between different communities' needs, and to ensure our fisheries continue to provide for us all and in a sustainable way."

The CRA 2 fishery is subject to a formalised rebuild plan. The commercial catch limit and the recreational allowance were significantly reduced on 1 April 2018. The changes to the CRA 2 recreational fishing rules from 1 July will further support the rebuild of this important shared fishery.

Consultation with tangata whenua and key stakeholders from a range of interest groups showed general support for the rule changes.

Summary of the changes

"We encourage people to check the rules before going fishing. The easiest way to do this is download the NZ Fishing Rules app on Android or iPhone, or check the rules on our website."

Further information about these decisions