Mixed bag of weather for the coming days 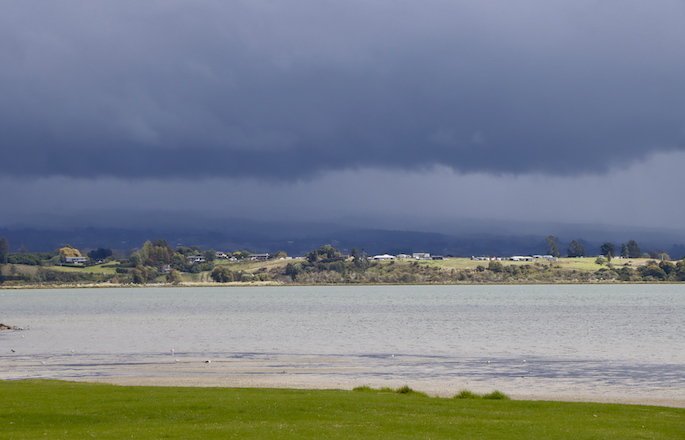 Some rain clouds may linger around the region today. Photo: Daniel Hines/SunLive.

MetService is forecasting unsettled weather for many as several fronts affect the country over the next few days.

MetService meteorologist Mmatheplo Makgabutlane says the unsettled conditions follow on from the wet finish to the weekend.

“A front extending from a low off the east coast brought much-needed rainfall to areas in the North Island Sunday overnight into Monday.

"Taranaki accumulated the highest amounts, with many places recording over 200mm of rain within 24 hours.

"Auckland, which is entering its second week of water restrictions, saw slightly subdued numbers between 15 and 25mm for the same time period."

The rest of the North Island also received decent rainfall figures, however, only a handful of places in the lower-lying Gisborne and Hawke’s Bay regions got more than 10mm.

While, the upper South Island got its fair share of the action, with over 100mm of rain falling in the hills around Nelson and Marlborough in that period. Sunday also saw some high-lying parts of the Canterbury High Country get snowfall.

The unsettled weather conditions continued on Monday as a couple of fronts tracked their way up the North and South Island, bringing drizzly and showery weather for many.

“Most North Islanders can expect to wake up to cloudy, murky skies over the next few days, however some fine breaks come through in the afternoons,” says Mmatheplo.

"Although Northland and Auckland look set to get further rain in the coming days, it is in no way enough to break the drought, and water restrictions will still need to be carefully followed.

"Apart from one or two showers for parts of the east coast and far south, the South Island can expect a mostly dry week ahead, with clear, calm nights brewing the perfect conditions for frosty mornings. Alexandra drops to -1°C on Wednesday and Thursday morning, and many places in the Canterbury Plains hover around 1°C."