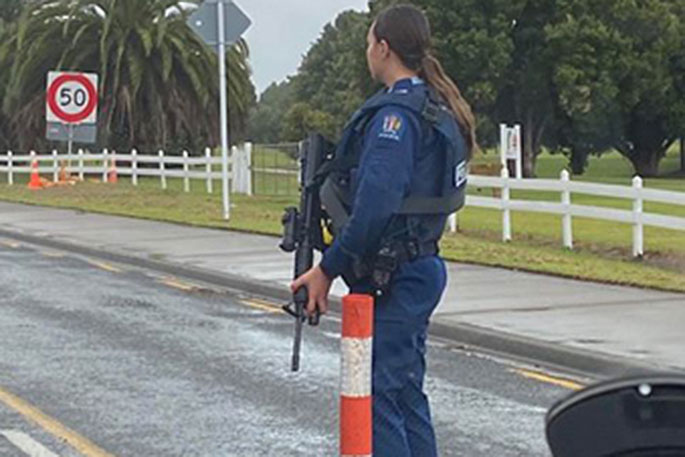 Police responded to a report of a disorder incident at about 3pm on Sunday.

Police cordons were in place while enquiries were made in the area yesterday.

“Both are charged with unlawful possession of a firearm.”