Back on track in Mount Maunganui 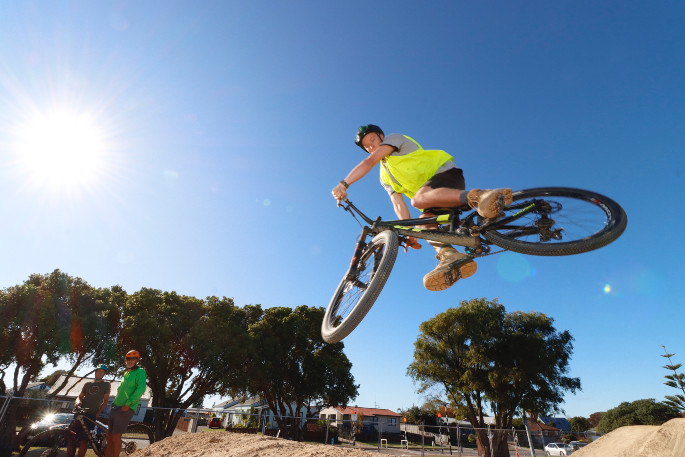 In a bid to compete with the virtual world, two Mount Maunganui dads have spent the last two years toiling to get a bike track in Arataki Park.

Their efforts have paid off with the pump track under construction and set to open in six weeks.

Paul Wacker and James Petterson decided they needed something in their neighbourhood to get kids off devices and outside.

“Nowadays a normal park like this just doesn't compete with the virtual world,” says Paul.

“You’ve got to make the real world as exciting as the virtual world, if you want to get them to actually engage in it.”

The pair didn’t realise the enormity of the task when first started out having to enlist the help of lawyers to become an incorporated society in order to apply for grants, and also the hours they would spend on community engagement to prove there is public demand for the track.

Then came the submissions to Tauranga City Council’s annual and long term plans as well lobbying councillors to get behind the project.

“We had to prove ourselves as these new guys, just popping out of nowhere,” says Paul.

James says all the time they have volunteered is worth it to see the project near completion.

Once finished the pump track will consist of three different tracks catering for all abilities, it will be asphalt with a concrete curb and is designed to last.

“We want it to last and we just really want it to be an asset for the community.

“We're putting as much in as you can in. You're not going to get bored of this.”

Paul says it’s unconventional in that most pump tracks are one continual loop but in designing this one they wanted to make sure riders weren’t governed by the speed or ability of the person in front of them.

“Everybody gets to ride at the speed and the ability level that they want to ride at.”

On Sunday a track test was held and top riders, right down to James’ five-year-old daughter tried out the trails to see if any tweaks are needed.

Paul says the riders, including national women’s downhill champion Shania Rawson, were “super impressed” and it enabled them to fine tune the track and make adjustments before the gravel and asphalt go down.

James says his daughter just loved it as well.

“The kids are going to love it. There's a lot you can do and it's got all the ages in there.

“I'm looking forward to getting out there and starting to clear the jumps and working on it, even at my age.”

Funding for the project has come from TECT, Tauranga City Council and the Lotteries Commission.