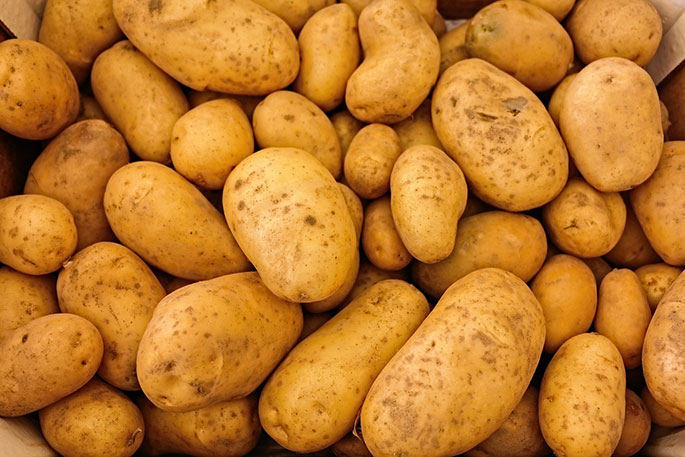 Stats NZ says potato prices rose 18 per cent in April to a weighted average price of $2.51 per kilo, an all-time peak.

Some media reports suggest the potato industry has seen a 30–50 per cent increase in demand from supermarkets and a shortage of workers.

“Higher demand and a shortage of potato pickers, many of whom stayed home due to fear of the COVID-19 virus, could explain this large price increase,” says consumer prices manager Bryan Downes.

Prices for fresh eggs (caged and barn) rose almost seven per cent to a record weighted average price of $4.78 per dozen.

A decade ago a single egg cost 28 cents, and in April this year it reached 40 cents an egg.

Free-range egg prices also rose, by 1.2 per cent to a weighted average price of $5.16 per half-dozen.

“Fresh egg prices have been on a gradual rise for the last two years as more New Zealand farmers shift from caged eggs to barned and free-range eggs."

Eggs are an important item on most consumers’ shopping list.

Food prices up in year to April

Food prices increased 4.4 per cent to the year ended April 2020, the largest annual movement in over eight years.

This rise was influenced by higher prices for grocery food (up 4.2 per cent), meat, poultry, and fish (up 6.2 per cent), and non-alcoholic beverages (up 4.7 per cent).

Key movers for grocery food include:

Potato prices increased 38 per cent in the year, the largest contributor to the annual rise in food prices.

“Potato prices tend to only peak once in a year, around December or January, but this year we’ve seen a second growth in April."

These were partly offset by lower prices for avocados, tomatoes, and lamb leg.

See Impacts of the COVID-19 lockdown on methodology for food price index April 2020 for information about changes to data collection and how missing items were substituted with other values.

that a lot of essential items people would need and want over any lockdown were ramped up in price. Supermarkets certainly used lockdown as a money spinner. Perhaps the fruit and vege shop in little Greerton could teach these big chains a thing or too about being a part of a community. WELL DONE TO GREERTON.