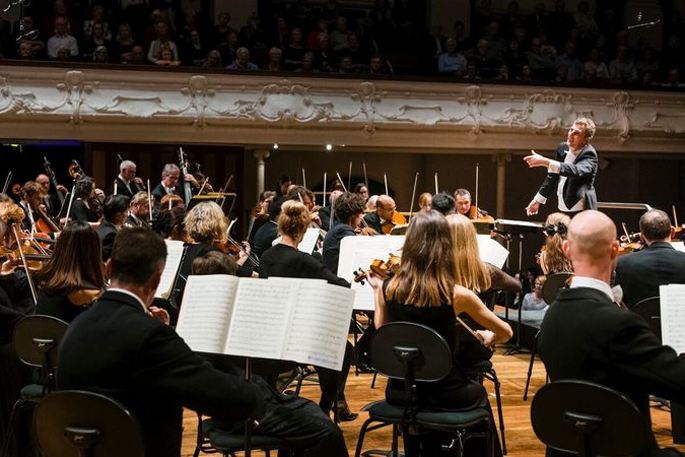 Over 250 musicians of all ages have joined the Auckland Philharmonia Orchestra. Well, they did, for the APO’s Virtual Play-In, released online this week.

In April, the APO put a global call out to musicians to get the chance to play alongisde the APO – virtually.

The musicians had to record a video of themselves playing Radetsky March by Johann Strauss Sr. the music was specially arranged so everyone could join in.

Submissions came from New Zealand, Mexico, United States, Canada, Spain, Japan, China, Australia, United Kingdom, Ireland and Denmark, with over half of the participants aged under 20.

The Virtual Play-in is the first project the APO’s new assistant conductor-in-residence Vincent Hardaker worked on.

His new role with the orchestra has been undertaken entirely from home. Not something he imagined when taking up the position at the end of March.

“It’s been hugely interesting to be thrown into this circumstance for the APO but, at the same time, digital concerts could become an integral part of the orchestra’s musical future,” he says

“Ongoing travel restrictions mean that it may be some time before guest artists from overseas can perform live with the orchestra, the digital world gives us other options. In a way, then, it’s provided some great experience.”

APO CEO Barbara Glaser says, “New figures released from Billboard and Nielsen Music, which examined how media consumption shifted during the pandemic, showed not only that people turned to entertainment for escape during lockdown, but the classical genre saw an increase in listeners.

“We’ve always known the connection and joy classical music can bring, and that people often turn to classical music in times of stress, but we are delighted to see this reflected in people’s lockdown activities and listening behaviour.”

The Virtual Play-in sits alongside a large body of online work the APO has delivered to audiences across the globe in the last few months.