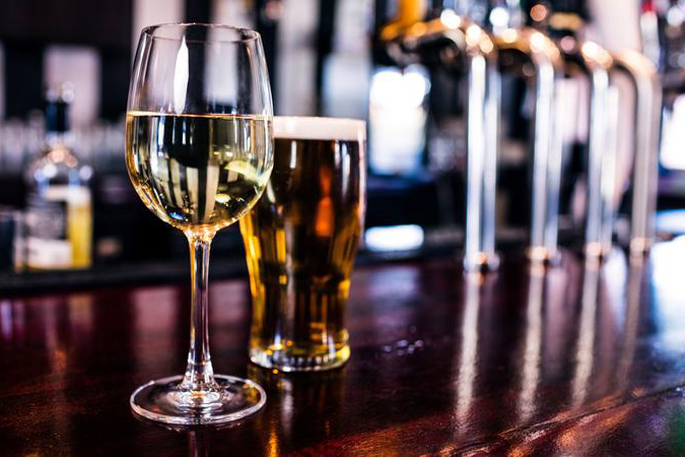 With bars set to open today, the Epidemic Response Committee met with pub owners as well as tourism businesses, and they also heard from Treasury who failed to front on Tuesday.

Bars and pubs have had to wait an extra week to open after the move to alert level 2 but from today they can open their doors.

Reg Hennessy, owner of Hennsessy's Tavern in Rotorua, was first to speak to the ERC yesterday.

Reg previously spoke to the ERC on the troubles his business and industry faces in the immediate and medium term future.

"We were told for weeks to wait for the Budget, what a waste of time... nothing for the hospitality industry."

He and his partner Sue have been tested mentally during the 58 days they've been unable to trade, says Hennessy.

Reg says the only support he received from the government was the wage subsidy.

"And that's exactly what it was - support for our staff."

He says hospitality representatives have written to Andrew Little, Kris Faafoi and Stuart Nash about commercial lease concerns, he's yet to get a response from any of them.

Reg says what he needs from the government is consistent information and proper support on commercial leasing as soon as possible.

Some bar owners said having to wait was "a bit of a kick in the guts".

Meanwhile, some tourism businesses have been suffering, but have said domestic travel being allowed under level 2 will help.

The ERC also heard from a number of aviation operators in the tourism industry, both in Queenstown and Rotorua.

Tim Barrow from Volcanic Air Safari told the ERC that 88 per cent of his company's clients are international visitors and that they make up 96 per cent of their income.

He says the majority of his clients are time poor and cash rich and that the average ticket price is $488 per person, injecting more than $135m a year into the economy.

Tim, like the others from the aviation sector who spoke to the ERC, say hibernating a high-capital business like his was not an option as the costs to maintain certification, their aircraft and other overheads were too high.

"It [hibernation] would be a fatal blow, I don't think the industry would be able to recover from it ... it would be catastrophic."

Tim says the wage subsidy scheme had been beneficial to his business and employees but is worried what the future holds beyond that.

He added that while a trans-Tasman bubble would help his industry, it's no "silver bullet" and more international visitors would be needed to keep businesses like his afloat.

On Tuesday Treasury officials failed to front at the meeting which National Party leader Simon Bridges said was "entirely unacceptable".

Secretary of the Treasury Dr Caralee McLiesh fronted the ERC on Wednesday, along with other department representatives, and the first question Simon put to her was whether she had been told by the Prime Minister or Minister of Finance not to show up.

She says that was not the case.

Simon then asked if she was aware of an email from the office of the Leader of the House, Chris Hipkins, to Ministers saying they shouldn't attend the ERC.

Caralee said she was aware of it.

Simon then asked if that affected Treasury.

Following that question line, Simon highlighted that economists on Tuesday believed Treasury's forecasts for unemployment figures, tax revenue and the general economic outlook was on the optimistic side.

Caralee said forecasters tend to have differing views on matters like those and she believed Treasury were being on the pessimistic side for the coming months.

Caralee was questioned heavily by opposition members of Parliament on a variety of topics, ranging from the Budget, to the COVID-19 recovery and the country's fiscal position over the foreseeable future.

She said she had not been asked by the government to forecast any tax increases and that her department had been solely focused on the recovery.

Speaking at Wednesday's meeting were: