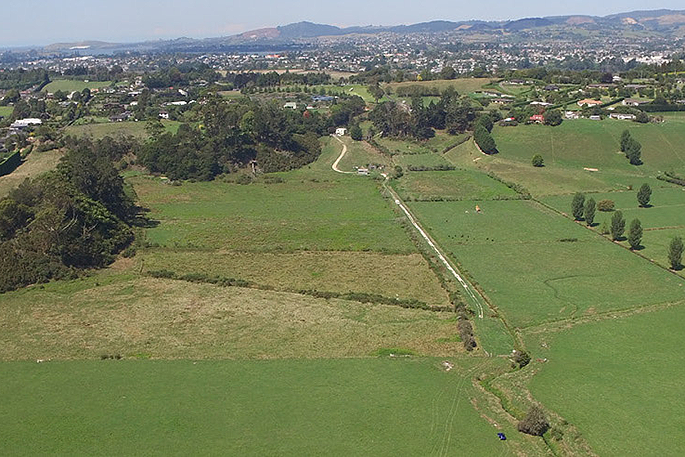 Construction is scheduled to start later this year, and be completed by late 2025. Images: NZTA.

More than $3 billion worth of NZ Upgrade Programme projects are moving forward, with five major projects in Auckland, Wellington and Tauranga each a step closer to construction this week.

Waka Kotahi Transport Agency has issued an Advanced Notice seeking registrations of interest from prequalified and experienced contractors for improvements on Auckland’s Southern Motorway (SH1) between Papakura and Drury South, the Tauranga Northern Link in the Bay of Plenty and the Penlink connection from the Northern Motorway (SH1) to the Whangaparaoa Peninsula, north of Auckland.

“This is an important first step, where Waka Kotahi is signalling to the industry that we’re ready to go and are looking for partners to make these projects happen,” says Waka Kotahi General Manager Transport Services Brett Gliddon.

"At the same time, Waka Kotahi is entering into consultation with two shortlisted parties to build the shared path over the Auckland Harbour Bridge as part of the Northern Pathway project. This will streamline the process and accelerate the procurement process, with construction potentially beginning early next year depending on the consenting process.

“We’re also progressing with key NZ Upgrade Programme work on SH58 in Wellington. We’re starting direct negotiations with the contractors already building stage one to build stage two of safety improvements between the Hutt Valley and Porirua, with work on the second stage likely to get underway at the end of August.” 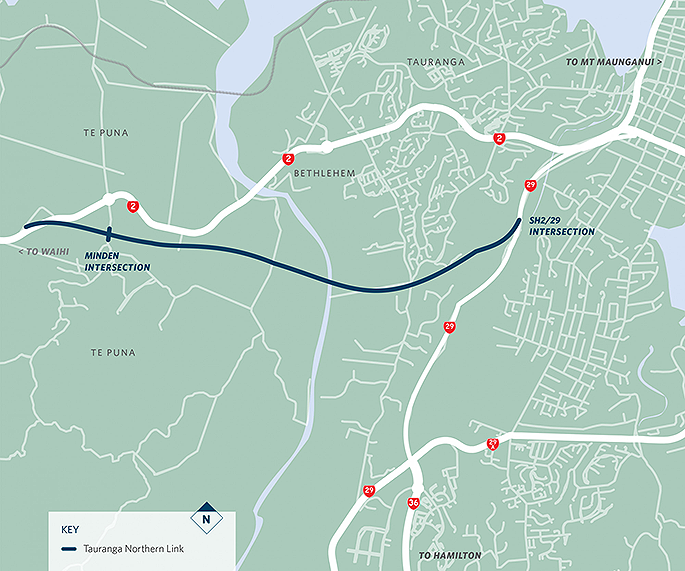 The Tauranga Northern Link will run from the SH2/SH29 intersection through to the Minden intersection near Te Puna.

Brett says planning work continued under the lockdown on all five projects, which form part of the $6.8 billion in road, rail, public transport and walking and cycling infrastructure over the next10 years announced by Government in January 2020 as part of the NZ Upgrade Programme to get our cities moving, save lives and boost productivity.

“These projects were always important, but the effects of the COVID-19 pandemic on the economy and construction industry have given them new urgency, and the progress we are making can give industry much-needed certainty that Waka Kotahi is moving forward to build vital infrastructure which forms such an important part of the Government’s plan for New Zealand’s economic recovery.”

For more information on the NZ Upgrade Programme see: https://www.nzta.govt.nz/planning-and-investment/nz-upgrade/

The Tauranga Northern Link corridor is a key part of the Bay of Plenty’s SmartGrowth strategy and has all consenting and route designation completed.

The $478 million project will construct a 6.8km four-lane corridor connecting SH29 with SH2, with priority for public transport and a walking and cycling path.

The new corridor will provide safer, more resilient access from Tauranga to one of the country’s highest growth areas. Construction is scheduled to start later this year, and be completed by late 2025.

The improvements on the Southern Motorway (SH1) between Papakura and Drury South are to improve travel reliability and support significant residential and employment growth in southern Auckland, and could be the first project to get under way once a construction contract is awarded. The $423 million project will connect with capacity improvements just completed on the Southern Corridor and extend the benefits of improved traffic flow and reduced peak time congestion further south. There will be a third lane in both directions along 8km of SH1, with a new interchange at Drury and new bridges over the motorway. A separated, shared walking and cycling path will run alongside the motorway. It’s expected construction will start later this year and be completed late 2025.

The $411 million Penlink project is to open up transport access to new high-growth residential and employment areas north of Auckland. It will provide a new 7 km, two-lane highway and a walking and cycling path to link the Whangaparaoa Peninsula to the Northern Motorway (SH1) at Redvale. Under the NZ Upgrade Programme, Waka Kotahi has taken over the project from Auckland Transport. It’s expected construction will start in late 2021, with the road corridor opening in late 2025.

The NZ Upgrade Programme is providing $360 million to build the Northern Pathway, Auckland’s first walking and cycling connection across the Waitematā Harbour, providing one of the critical links in completing the city’s walking and cycling network. Entering into consultation with two shortlisted parties to build the Auckland Harbour Bridge Shared Path section of the Northern Pathway project will accelerate the procurement process, with construction potentially beginning early next year, depending on the consenting process.

These improvements will make this key regional route safer and more resilient, providing better access and more reliable journey times. Stage one of this work, on the 3km section from Western Hutt Road to Mount Cecil Road, started in late 2019. The $59 million investment for stage two will fund 5.5km of improvements from Mount Cecil Road through to the interchange with Transmission Gully at Pāuatahanui. The work involves widening the road, installing roadside and median safety barriers, installing two new roundabouts, bridge widening improvements. This project is scheduled to commence later this month.

...what a joke, that part of the road isn’t the problem is it?

One day, Some day.

Excuse me, but wasn’t this project "Shovel Ready" waiting for the contractors to start?