Pig hunter airlifted after injuring himself 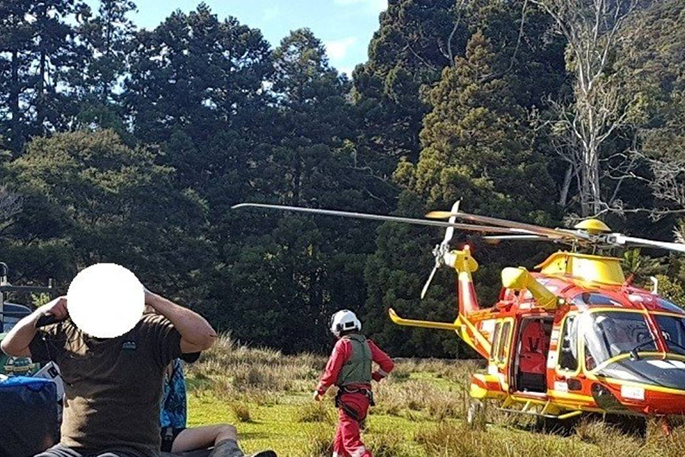 The man was flown to Waikato Hospital in a moderate condition. Photo: ARHT.

Rescue services were called to help two hunters who injured themselves within the first few days of the life under Level 2.

A pig hunter needed to be airlifted from the Coromandel at the weekend after he injured himself with a knife while hunting.

The Auckland Rescue Helicopter was called to Kennedy Bay, on the north east of the peninsula, at 11.26am on Saturday to help the man in his 40s.

He was flown to Waikato Hospital in a moderate condition.

It follows another incident in the Hauraki Plains last Thursday when a man in his 30s needed medical help while hunting in Mangatarata.

The man injured himself and needed to be winched from the scene by the Auckland Rescue Helicopter.

He was flown to Auckland Hospital in a moderate condition.

Hunting had been deemed risky and was banned under the lockdown. It was initially banned under level 3 until Government reconsidered, allowing hunting on private land as long as people stuck to their bubble and region.

Thursday was the first day hunters could return to public conservation land.