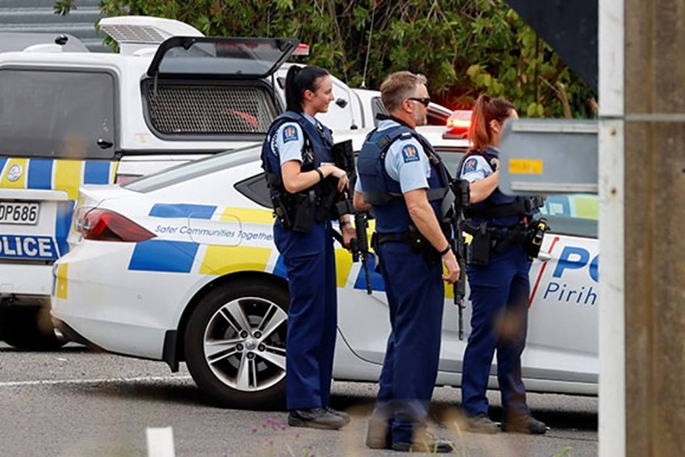 More then 90 people have been arrested across the counttry since March 26. File photo.

The Comancheros, Mongrel Mob, Black Power, Nomads, Headhunters, Rebels, King Cobras, Tribesmen, and Mongols have all been in the police's cross-hairs, as officers continued to target organised crime during lockdown.

Police have executed more than 100 search warrants, seized nearly 50 firearms, and arrested more than 90 people across the country since lockdown in March.

"The illicit activities these groups take part in cause immeasurable harm in our communities."

"Since March 26, when New Zealand went into Alert Level 4, operations to dismantle organised crime groups operating in our cities and town have continued."

While New Zealanders have been changing their lifestyles to help stop the spread of COVID-19, Greg says police have been disrupting the lifestyles of offenders who bring social harm to our communities.

The search warrants executed have resulted in 93 arrests on more than 250 charges.

Police have seized 43 firearms, 25kg of methamphetamine, 30kg of cannabis, and small amounts of cocaine, MDMA, GBL, and LSD.

There were 14 clandestine labs located and a substantial amount of chemicals and equipment relating to methamphetamine manufacture seized, along with more than $1.2 million in cash.

Charges laid relate mainly to the manufacture and supply of methamphetamine, supply of cannabis and MDMA, possession of firearms and ammunition, and breaching court bail.

The most recent major operation - Operation Nestegg - was terminated on Friday, May 8, and saw five arrests, hundreds of thousands in cash, methamphetamine and rifles seized following search warrants in Auckland and Tokoroa.

"Throughout these operations staff have been policing in a changed environment and observing all health and safety requirements.

"The recovery of criminal proceeds has also continued throughout Alert Levels 3 and 4."

More than $4.4 million has been forfeited, most of which related to drug crime.

"In addition, over $2 million has been restrained and will be subject to further investigation pending forfeiture."

...to say: "They should be banned." but we live in a free society. You cannot reasonably stop someone from wearing a patch, riding a motorbike, or associating with like-minded people. Would you stop a Scotsman from wearing a kilt, driving a car, or attending an Ingleside? PROVIDED the actions are within the Law, there should be no objection. However, most gang-related activity is NOT within the Law and it just serves to make some shadowy manipulators at the top of the tree very rich. It’s good to see that our Police are onto this, and actively targeting some of these career criminals. There are deep and complex sociological reasons why there are gangs and that’s another discussion. The gangs are not the problem; it is the manipulation of the gangs for crime and profit that needs to be stopped. If gangs behaved lawfully there’d be no problem.

Kick them where it hurts. To the Police - well done and THANK YOU. Now as clingon eludes to, get those obnoxious bikes off the road. They’re only done to intimidate and make up for a lack of. If my car sounded like that I’d be put off the road so dam fast, and rightfully so. Nail these brainless, unsociable thugs. We don’t need them, we don’t want them and they have any wanted place in our society. They’re gutless thugs that can’t stand by themselves.

Lock em up, shut em down. Unproductive members of society, self serving, drug dealing, law breaking, we dont need them. But it was so good to not hear their Harleys being revved to the limiter during lockdown. Nice and quiet for a month but i notice they are back now...

Well done our Police, anybody who says our boys in blue aren’t up to the task better pull their heads in, the job you are doing is a mighty effort and I for one certainly appreciate the work you are doing.

time these gangs were wiped out alltogether