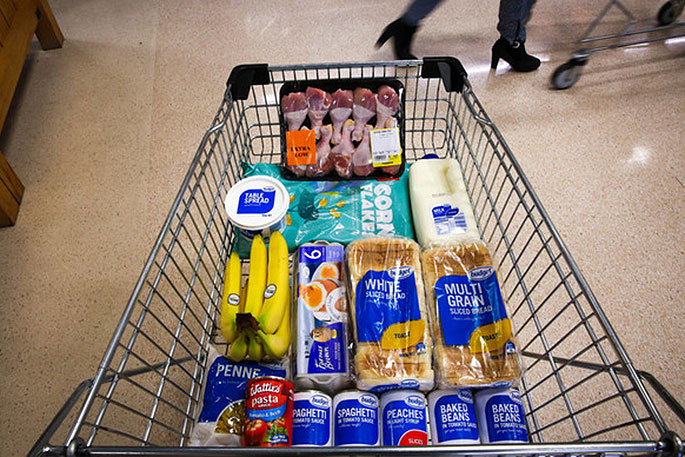 Food charities already under pressure are bracing for a second wave of need when the wage subsidy ends.

One charity has seen a 185 per cent increase in demand, with the numbers of families it helps growing from 350 per week to more than 1000.

He expected an additional 700 families in the West Auckland region alone to be in need in the coming weeks.

"We've seen whānau, who just with the simple gift of food, have a situation de-escalated in their household where there was rising aggression. Food has the ability to make people feel calm and cared for and to come together as a family."

"The first wave exposed the level of food insecurity in New Zealand, but this second wave of need will be at the end of the wage subsidy and we're already seeing cracks in the surface with redundancies. I believe there will be a third wave too, with businesses getting through September, October and November and then collapsing."

Veronica Shale, executive director of charity Fair Food, which collects and distributes surplus food from retailers and manufacturers, and the other recipient of a $100,000 grant from the Trusts, agrees that a holistic approach is the only way to support the growing number of people who will continue to need support to feed their families.

The misfortune of many food businesses has also had unexpected benefits for the charities, with restaurant quality food (meat and dairy) and 26,000 eggs being donated to those living in poverty.

"In month one of lockdown we conservatively rescued over 121 tons of good, surplus nutritious food, which equates to over 348,000 meals. Rather than being dumped, this food is doing good. Fair Food offers a pragmatic solution to tackle food waste and food insecurity, nourishing our communities in need - and this need will be ongoing for some time," says Shale.

She says this has had a positive impact on those receiving food parcels with an increase in the amount of protein in their diets.

Matt Williams, acting CEO of The Trusts says they are working with a range of community organisations who have had their usual source of funding disrupted during the lockdown.

"There is a growing need from charities who have been cut off from their normal supply of resources which is impacting on their ability to support members of our community.

"We want to encourage other corporates who are in a position to help to reach out to these groups and find a way to help them, whether through financial support or even lending warehouse space and logistical support."

Brook Turner urged individuals and corporates to be part of the community effort by volunteering time, donating food and funds to their local charities to help people who are desperate for food and jobs in their region.