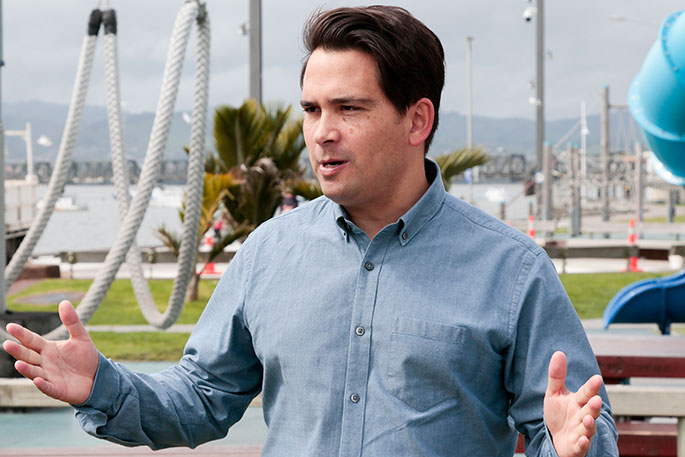 The National Party has today launched a petition to allow up to a hundred people at funerals, weddings and places of worship.

“It’s not fair that you can have 30 people on a rugby field playing close contact sport but you can’t have more than ten people at a funeral so they can grieve together.

“Our team has been inundated with heart-breaking messages from people who are grieving. Most extended families have more than ten people and that’s before you get to friends and other loved ones."

Today, MPs will continue debating critical legislation which will grant extraordinary powers to both the government and police to combat COVID-19.

The COVID-19 Public Health Response Bill grants extraordinary powers to both the government and police to combat COVID-19 and is been debated under urgency.

The legislation passed its first two readings last night, without support from the National Party.

Prime Minister Jacinda Ardern says she, like other world leaders, struggled with the decision, but has to play it safe.

However, under the rules up to 100 people are allowed at public venues like restaurants and cinemas, in separate groups of no more than 10.

Simon says some people held off having funerals during Level 3 because Jacinda Ardern led them to believe they would be able to have more loved ones around them from tomorrow.

He says they feel hurt and let down.

“As well as funerals and tangi, we want people to be able to attend religious services with the appropriate social distancing. If you can have a hundred people in a restaurant, why can’t you have a hundred a people in a church, mosque, temple or synagogue?

“It’s not too late for Jacinda Ardern and her Government to be compassionate.”

The petition against the 10 person limit at funerals, weddings and religious services can be found here.

All things considered, this is a fair outcome. Let’s hope we don’t have to regret it.

I’m with kiwi_brat2003 on this. Once the danger is past, many people may want to hold a memorial service for someone they lost. And Simon is simply out of line to say that Jacinda’s position on it is not compassionate. She’s probably the most compassionate PM we have ever had. However, there is a bigger picture than just the people at a funeral or church service. Contact at the moment potentially affects ALL of us. (Disclaimer: I did not vote for Jacinda Ardern or her party and consider myself a "swinging voter".)

Simon said sometime ago we should be on level 2 as long as it is safe.Well the health and science experts experts said at that time it was not safe .Thank goodness he is not running the panedemic response.Wuhan and South Korea now have a second wave of infections from going to early.Now he is even claiming the lockdown is illegal.

Sadly Simon doesn’t get it or more likely is putting cheap political point scoring ahead of public health.

One hugs and shakes hands at funerals and no mater who says they wont it will happen. There is also the distances that people come from. This also goes with weddings as well. Will Simon Bridges take ownership of any sickness that happens with these sort of gatherings.