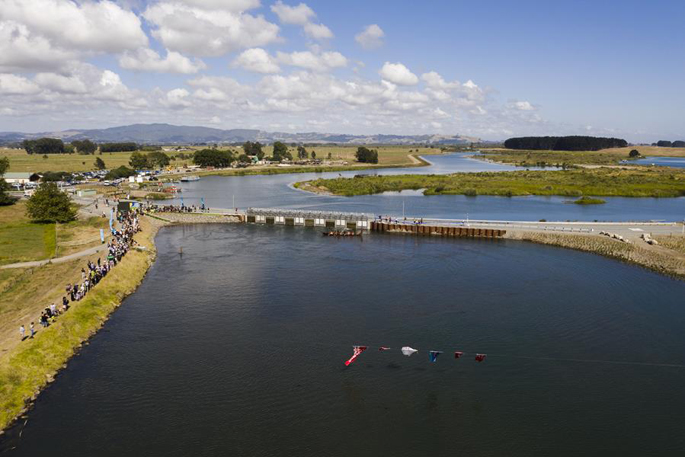 The Kaituna River re-diversion and Te Awa o Ngātoroirangi Maketu Estuary enhancement project has been announced as the winner of the Rodney Davies Project Award from the New Zealand Planning Institute.

The NZPI Rodney Davies Project Award recognises innovation and creative excellence in the undertaking and completion of a physical work or development.

It has been awarded jointly this year to Bay of Plenty Regional Council who led and funded the $16.5m project, and consultancy firm WSP who assisted with the consenting and project management aspects of the project.

BOPRC coastal catchments manager Pim De Monchy says that it was a privilege to have been able to work together with the community on the project which has recreated 20 hectares of wetland and returned up 20 twenty percent of the Kaituna River’s freshwater flows into Te Awa o Ngātoroirangi/Maketu Estuary.

“The award is a credit to everyone involved and we’re really grateful for the support, patience and co-operation we received as we worked together to try and solve a really complex environmental and social challenge.

“Completion of this project is just the beginning of more work planned to be delivered with our Te Maru o Kaituna River Authority partners in the coming years, to support thriving communities and environments by improving the care of the Kaituna awa and its catchments, as outlined in Te Tini a Tuna – the Kaituna River Action Plan,” she says.

WSP technical principal – planning Steph Brown says it has been a fantastic experience to collaborate with BOPRC, stakeholders, and the community on this project.

“Regional Council empowered the WSP planners to play an integral role throughout the project, from concept development, through consenting and appeals, to completion of construction.

“This continuity helped to ensure that the project was implemented in a collaborative way and built social capacity and knowledge throughout the community, so that they can nurture the environmental benefits of the project.”