Workers redeployed to biosecurity and conservation 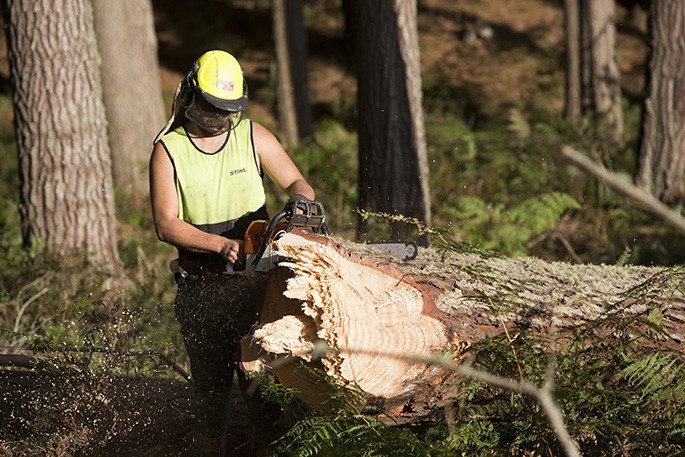 Up to 160 redeployed workers are set to pick up jobs in 55 biosecurity and conservation projects to get the regional economy moving again,

The new projects in Northland, East Coast, Hawke’s Bay and Canterbury are part of the Government’s $100 million redeployment support package announced in March and will tackle the invasive weed – wilding pines, a $4.6 billion dollar threat to farmland, waterways and ecosystems.

Opportunities for similar projects exist in the Bay of Plenty, Waikato and Central North Island, with projects also being scouted in Marlborough, Otago and Canterbury.

“As we rebuild the economy, linking up people and jobs is vital,” says Biosecurity Minister Damien O’Connor.

“This is work that needs to be done and what we’ve done is accelerate projects which also saves money as the cost of removing wilding pines rises by 30 per cent each year.

“Forestry workers were among the first to feel the economic impact of COVID-19. Their skills translate well to what’s needed for wilding pine pest management, ranging from pulling young trees by hand, skilled chainsaw operation, to operating heavy machinery.

He says they also see opportunities to support people affected in other sectors such as tourism and aviation.

Minister of Conservation Eugenie Sage is pleased that in addition to the valuable wilding pine control work, there are also plans to redeploy workers into new conservation jobs.

“The new jobs are in track maintenance, planting, and pest and weed control, to give native plants, birds, and wildlife a chance to thrive.

She says the government is committed to looking after people, their jobs and the land, waterways, and oceans we depend on.

“This is an initial set of projects. DOC is working with councils, iwi and community organisations to identify opportunities to ramp up conservation jobs to help communities recover from COVID-19 while giving nature a helping hand.

“Redeployment brings the opportunity to develop new skills, and with on-the-job training, online certifications can be earned relatively quickly. Retraining will be a key part of the country’s economic recovery.”

The new projects will provide work for three to six months and will begin over the next two to three weeks.