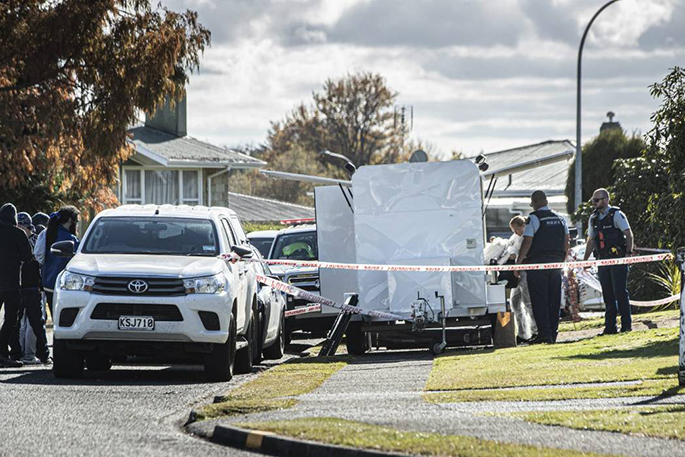 Police at the Moa Place property in Tokoroa on Monday. Photo: Christel Yardley/STUFF.

Name suppression has been granted for a woman accused of murder.

The 28-year-old was charged with murder after a man’s body had been found at a residential address in Tokoroa on Sunday.

Stuff reports that Kelvin Kana, 34, was found dead at a house on Moa Place about 2pm.

The woman accused of his murder made her first appearance via audio visual link at Rotorua District Court on Monday.

Judge Greg Hollister-Jones remanded her without a plea ahead of a High Court appearance on May 29.

He also made an interim order for her name to be suppressed, but allowed Kelvin’s name to be made public.

A scene examination will continue at the Moa Place address and police earlier said they were speaking to one person in relation to the incident.

They would like to hear from anyone else who may have information that could assist the investigation.

Anyone with any information can contact police on 105 or give information anonymously via Crimestoppers on 0800 555 111.