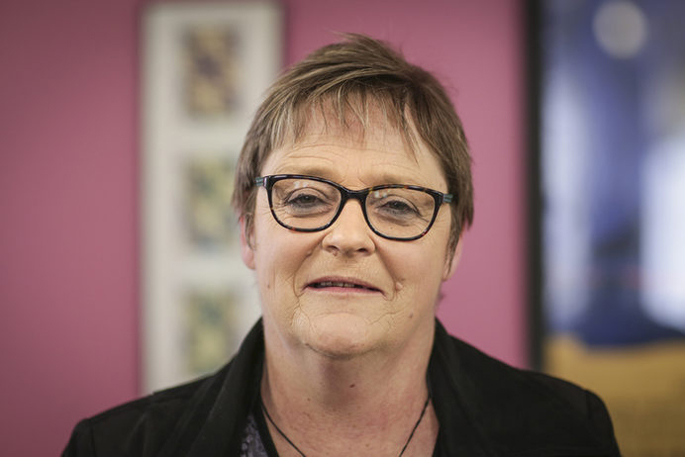 Woman's Refuge chief executive Ang Jury believes the full impact of the lockdown in terms of family violence is yet to emerge. Photo: RNZ / Rebekah Parsons-King.

Extra government funding for family violence services is timely given there will be an increase of demand for months, or possibly years to come, Women's Refuge says.

The government has announced that in this year's Budget an additional $202 million will go towards family and sexual violence services.

Woman's Refuge chief executive Ang Jury says demand during lockdown increased by some 35 per cent compared to last year, but she believed the full impact was yet to emerge.

"These conditions are going to be with us for some time and we have to be ready for what's to come."

Ang says the funding boost will allow their organisation to pay workers what they are worth, rather than "burning staff."

She says Monday's announcement is separate to the additional $15.5 million given to the services in March by the Ministry of Social Development.

She notes the government has been continuing to monitor the situation alongside front-line services.

"If we are hearing that the frontline agencies are struggling to respond in the next steps as we move forward, then we're going to have to be listening to that and have those conversations."

She says domestic violence could not end with one or even three budgets and there was a lot more work still to do.

Its tauiwi chair Maggy Tai Rakena says the NGO family violence sector had never been adequately funded, and it spent a significant amount of time fundraising instead of helping whānau in need.

She says until pay equity was addressed, Kaupapa Māori services across family and sexual violence would continue to struggle to recruit and to meet the growing demand for their services.