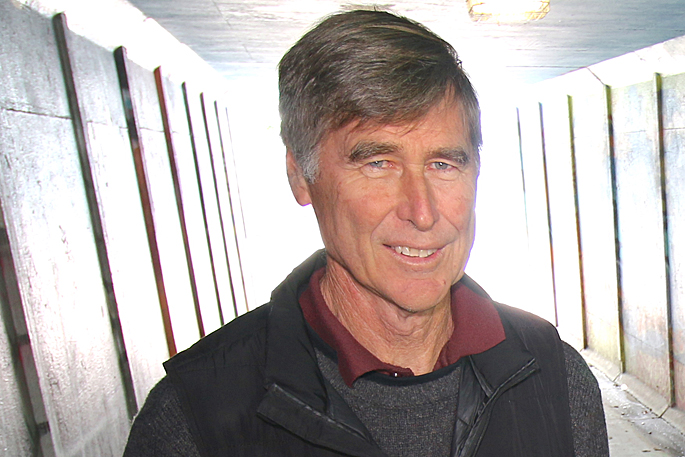 The results are in and hundreds of people want a zero rates increase in Tauranga.

The Papamoa Residents and Ratepayers Association ran an online poll asking if people want a zero residential rates increase for the 2020/2021 financial year - 93 per cent of the 1200 participants said yes.

PRRA president Philip Brown says the results of the poll are what they expected and give confirmation of how people are feeling.

“We've talked to people in the street, this just gave confirmation of what the general talk was and it was quite good confirmation.

“If you were a councillor and you read through that, you'd have some concerns, I think.”
The poll had been launched after the Tauranga City Council were proposing a 7.6 per cent rates increase as part of the draft Annual Plan for 2020/21.

The poll also asked should the council increase rates for 2020/21 and 94 per cent of people answered no to this as well.

The poll also asked questions about commercial rates, the proposed council controlled kerbiside rubbish and recycling and if the council should reduce its operating expenses.

It also had a section for people to leave comments and Philip says these were really interesting.
Alongside this poll, the association had another survey asking if people agreed with the rates rise and for their views.

Philip says people’s comments showed some of them didn’t understand why Tauranga City is in the financial position where it needs to raise the rates so much.

“Other people had figured out that it was because of the continuous growing of Tauranga, the continuous funding of the growth, and were recommending that we just hold tight, stay still for a couple of years and let things sort themselves out.”

He says other commenters who are pensioners or on fixed incomes pointed out that they have been paying rates and supporting Tauranga’s growth for years, and are now at the end of their financial ability to pay higher rates.

“That's the one that really hit me that everybody thinks we should keep on increasing rates, but there are so many people out there who financially can't afford to stretch that extra $20 a week.”

The council’s consultation period for the draft Annual Plan 2020/21 ended on May 3 and the hearings have been placed on hold because council is considering revising the plan and re-consulting with the community.

There were 285 written submissions and 72 requests to speak with councillors during the hearings, originally scheduled for May 13 to 15.  The deliberations set down for June 2 to 4 have also been deferred.

The draft plan has rapidly become out-of-date since consultation started on April 3 because of the impact of COVID-19, says a council spokesperson.

“Disruption to council finances means it might not be possible to provide some of the services and building projects described in the consultation documents."

Philip says it is good the council is relooking at the draft annual plan but there needs to be real changes rather than “cutting around the edges and restacking the deck chairs”.

He would like the revised plan to include a zero rates increase, reduced council operating expenditure and some of the planned projects deferred or removed.

If a new round of draft annual plan consultation does take place people will be given the option of retaining, revising or retracting their submission and people who have asked to speak to councillors will be advised of new hearing dates.

The full PRRA poll results can be found here.

Your comparison at the end is absolutely hilarious. I have read it and read it and crack up laughing everytime. I tried to read it to or Son but had to let him read it as I was laughing too much. What a great way to end L3, thank you. All the very best for L2. I look forward to reading more of your wisdom.

The results were entirely predictable. But the FACT is that the Council will do whatever they want to because they can. There have been some very sensible suggestions regarding the review necessitated by Covid-19, but the chance of a zero Rates rise is about as likely as a one-legged vegetarian Black Lesbian dwarf being hit by a meteorite while eating a kebab...

Well said. Damned if they do, damned if they don’t. Perhaps as I’ve said before a minimal rates rise so things of necessity can continue but put the brakes on the hefty rates hike that was on the table. Improvements cost money. A zero rates rise only delays the inevitable of a hefty rates rise further down the track to play catch-up which at the end of the day is exactly what we were looking at anyway.

No one wants to pay more

Of course people are going to object to a rates rise, especially if you tell them its going to be an extra $20 a week instead of what the rise would actually look like (if you currently pay $3k annually it would be an extra $70/year or about $1.50/week). These people will be the same ones who want free rubbish collection, roading and infrastructure improvements and free parking in the CBD but expect the money to come from someone else....

1200 participants. I can hear them now saying those numbers are not representative. Yet it’s not too far away from the number of people who voted for Larry Baldock. And 1200 more than any who wanted him as Deputy Mayor on $140k a year.

The response wil be interesting......

.......if indeed we ratepayers get one.. ( depending if TCC decides that they are arrogant enough not to need to do so similar to that of the current government), so on one hand there are genuine concerns from many of us about the ability to pay more, AND...the indication that we are simply not getting value for money for what we are paying now let alone any increases....so, the level of arrogance is?....

Ask people if they want to pay more and the say NO! What a surprise. Guess it may well happen but then in the real world where everything increases in price I suppose there will be much angst as to what people want and what they with get. Everyone wants more for less and complain about what they believe they should be given in services and amenities. Of course upgrade on important function will also be strained or deferred so that it will remain to be seen what vociferous debate and criticism will eventuate. I already have a list of what I think we should have, so will everyone no doubt.

This poll has about as much credibility as asking people if they would also rather not pay taxes. The government has said Tauranga would lose tens of millions of government covoid recovery funding if there was a zero rates rise and debt would soar. It would be a terrible situation for out city.

when council can’t afford to upgrade roads,parks ,water supply and any number of city projects ,many of which the government will only assist with funding if the council pays for a percentage of the cost.