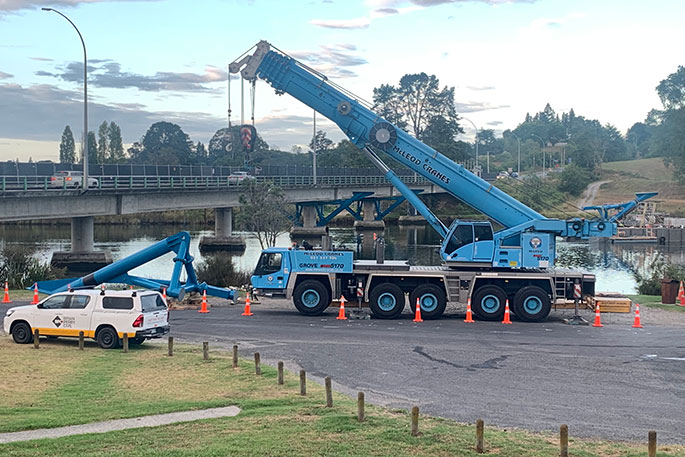 McLeod Cranes have been able to resume work under level three. Image: SunLive.

Cranes have cranked up on construction sites around the country in a sign that building activity is up and running.

Crane owners and operators say they are encouraged by the busy start at level 3 after four weeks in lockdown, but some projects have been scrapped and others shelved.

They say the crunch will come in the second half of the year.

For most projects its "back to work and business as usual except for the alert level 3 protocols they have to put in place," said Chris Haines, director of Ryder Levett Bucknall.

Chris puts out a quarterly crane index, which counts how many cranes are working around the country but his main business is surveying and costing out projects in the private and public sector.

He's confident government projects in places such as schools and hospitals are robust and will go ahead despite changes in the private and commercial sector.

"Jobs that are in the planning stages, design stages, are on the go slow or being deferred," says Chris.

Scott McLeod of Mt Maunganui-based McLeod Cranes said the smaller projects such as houses ramped up quickly and the hiabs - or crane trucks - working on them will be at 90 per cent of normal levels this week.

However, the cranes on the larger scale jobs are slower to take off.

"It's just more around commercial or new developments or new industrial, those are a bit slower to get back up to the levels they were at.

"You have health and safety, you have inductions to do, contractors to bring back on site, reassess where they're up to and then arrange the delivery to get the pipeline flowing again," says Scott.

But his company has shelved some of its own construction work and other projects around Tauranga were looking uncertain.

"I'm talking about three or four different sites that my team are seeing around town, they're just noticing they are quieter than when they were beforehand."

An industry that was crying out for skilled workers a year ago when there was a record 148 cranes around the country, is now turning them away.

"I've had four operators knock on the door and some of them were returning from Australia," says Scott. 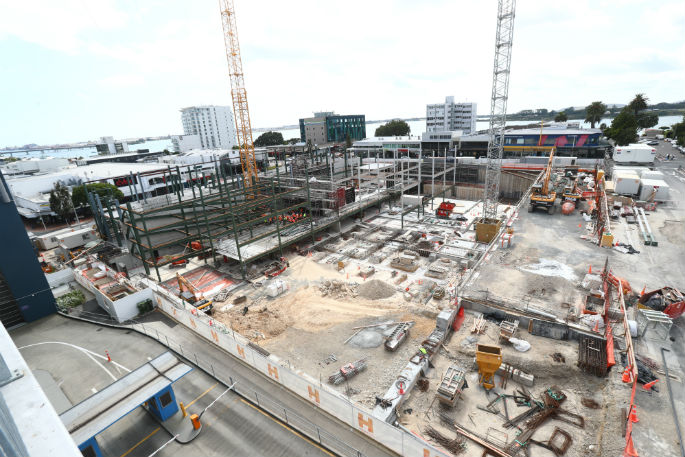 One Wellington crane rental firm says it was running at half the normal levels last week but expects business to pick up this week. Another says it's had a lot of inquiries for new and used gear but no sales.

The head of Auckland and Waikato Crane Services Philip Gedye is more worried about the second half of the year.

"It's too early to tell whether the work will continue at the rate that it seems to be starting up at. My concern is for the second half of the year, to just see what transpires there, what the world gets up to and what will the people that ultimately fill all those commercial buildings that have been built, how are they getting on.”

His firm handles work such as lifting a statue or spa pool into the back yard or a yacht project.

If the owners were ready, they would carry on with the job but if they decide to cancel there would be a knock on.

"We expect it could be less busy in another two or three months."

On Auckland's waterfront a number of projects are back up and running, including the Wynyard Basin for the America's Cup, a marina extension and a luxury apartment development.

The road outside the ferry building in downtown Auckland is also filled with cranes and diggers and construction workers upgrading the area in time for the America's Cup.

Chris Haines says infrastructure and other civil projects will keep the construction industry going as the commercial work dries up.

"There's some ongoing roading projects, particularly in Auckland, there's the Watercare central interceptor which is the big sewer pipe ... there's some NZTA and America's Cup work which have all got heavy crawler cranes so there's a shift in the type of work and the type of crane." said.

The wage subsidy scheme has helped both Philip Gedye and Scott McLeod keep all their staff, in total 200 people.

But that ends in June and whether they can keep all their workers hinges on the confidence of investors to secure funds and start new jobs, and how quickly government-funded projects can begin.

"The time that we're in right now is critical," Scott says. "We're effectively running a seven-week countdown to see what work restores into the marketplace.

"We see that the government is trying to figure out how to retain a level of activity and they're talking about investing billions of dollars into our area. I'm a little concerned that it taking time but these are big decisions."

Scott says he's positive about the "significant opportunities in front of us" including infrastructure and housing.

"I think we're going to see a bit of pain in four to five months' time but now's the time that we can prepare and enjoy the work that was going on pre-Covid that's still yet to finish while we prepare for those times that are going to be a little bit harder."

The Infrastructure Industry Reference Group will present a list of projects to the government early this month.