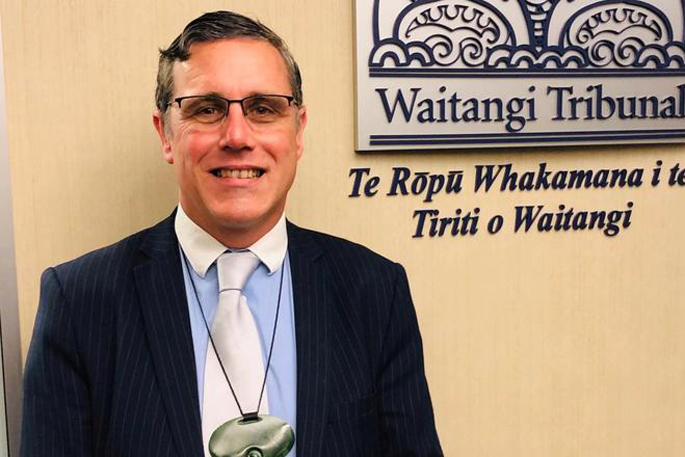 A digital contact tracing system poses the risk of discrimination against Māori, a technologist says.

PhD candidate Karaitiana Taiuru has just released a paper on indigenous ethics guidelines for data collection and said there were concerns that collecting Māori data on tracing apps could backfire on whānau.

"It could be used for tracking people's movements and their associates' movements by social services or by New Zealand Police.

"I don't want to be a scaremongerer but there is definitely room there for abuse."

He says similar privacy issues would apply to non-Māori, but they posed an increased risk for Māori, who tended to be more engaged in social services and had a history of being treated differently by police.

Karaitiana says any contact tracing system must take tikanga Māori into consideration, and encouraged the government to consider his new guidelines to ensure data collection was compliant with Te Tiriti o Waitangi.

"The contact testing essentially uses bodily fluids which is tapu to Māori. Those body fluids have our DNA, so there should be some cultural recognition around that aspect of the data.

"They need to work with Māori, with data experts, we are quite lucky we have a lot of Māori data experts in the industry and in academic."

The government is poised to provide information today about what the country can expect under alert level 2.

Prime Minister Jacinda Ardern and Director-General of Health Dr Ashley Bloomfield have both said a national tracing app is not necessary for going to level 2, because the country's manual tracing system is more essential.

Ngāti Kahu leader Professor Margaret Mutu says one national tracing app was intrusive, and there could be another way.

She says Māori leaders tended to know who the whānau in their community were, and they could be used to improve manual tracing.

"We know our communities and we know how to communicate and how to talk to each other," she says.

"We know that some of our people, for example if they had broken their bubble and gone somewhere they should not have gone, would be fearful of being forthcoming about who they had actually had contact with for fear of punishment.

"That is to do with the way we have been criminalised so frequently and so commonly in the past."

She says Māori leaders could support the Ministry of Health's current approach to tracing, by phoning people and encouraging them to participate openly.

....although I am not one to necessarily agree to..’if you have nothing to hide you have nothing to fear’...but, to suggest ’further’ discrimination based on keeping all of NZ citizens safe, so if it involves all citizens which it needs to be effective, the only people who can have a problem with this are surely those with something to hide?...perhaps it is well past time to admit there are concerns, address them and stop this crap about everything ( almost) being ’discriminatory’..right?..you wouldn’t necessarily know it but the discrimination described by a nervous Mr Taiuru is illegal herein NZ...so won’t be a problem will it? ..unless....well, you decide.

The information collected would be the same for everybody. There are 2 types of tracing app.; one uses server based matching and does pose a risk of the data collected being misused after the virus is gone, the other does matching on the client phone and can be deleted from that phone when the virus is over. As for people being afraid because they broke the rules... don’t break the rules and there is nothing to be afraid of. Certainly, cultural differences should be considered, but the Law should apply to everybody equally.

I agree with Māori about not using tracing App for tracing others. I am not going to get it! Have absolutely nothing to hide, but I think this going too far! Let’s keep our privacy folk! No excuse to keep check on where we go! That is going too far!