NZ to warm up after chilly night 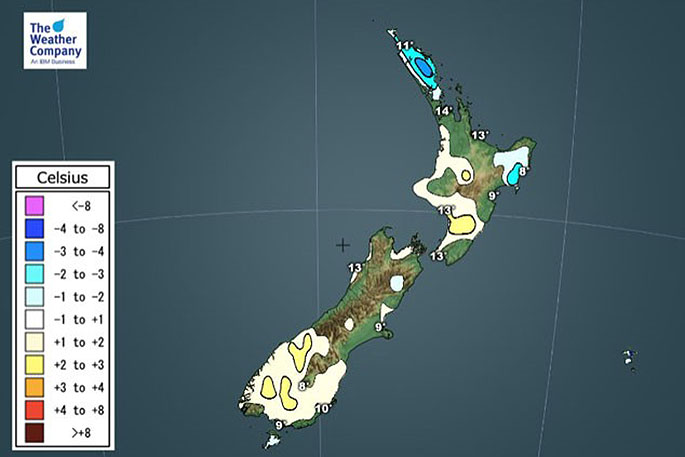 Overnight lows average to above average for most parts of the country tonight.

It was a colder than average night over the North Island last night, but WeatherWatch.co.nz is forecasting the next few nights to be a bit warmer.

Now the warmer the average temperatures are returning to the east of the South Island and to a lesser extent the east of the North Island, says weather analyst Aaron Wilkinson.

"Today, expect highs in the late teens or the low twenties eastern regions and most of the North Island. Temperatures sticking in the mid teens for Southland and the West Coast.

"Friday and Saturday both look warmer than average across more than 90 per cent of New Zealand.

"This weekend looks mild, as does early next week. But this time next week NZ should be back to more windy sou'westers and lower temperatures for a time."