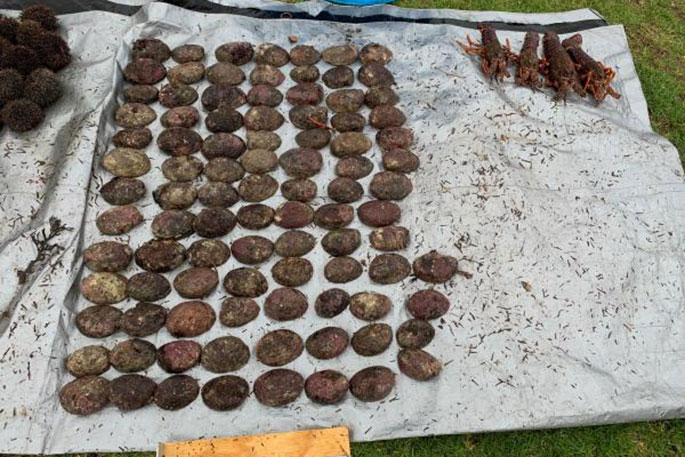 Reports of suspicious activity in the Coromandel has led to authorities netting poachers.

Police and the Ministry for Primary Industries worked together last weekend to catch some poachers near Tairua, in the Coromandel.

"It was down to both luck and good Police and MPI team work," says Sergeant in Charge of Whangamata Will Hamilton.

One of the men, a 33-year-old Hamilton man has been a target for Police and MPI for months now. He's a gang associate and well known to police.

On Saturday morning, a local called Police and told them about the suspicious activity involving a group of men at Paku Hill.

A police officer arrived and found two vehicles at the location, one of which was linked to the offender.

The officer then went half-way down a steep track and observed four people diving in the water near the rocks gathering seafood.

The officer then called for more police support. 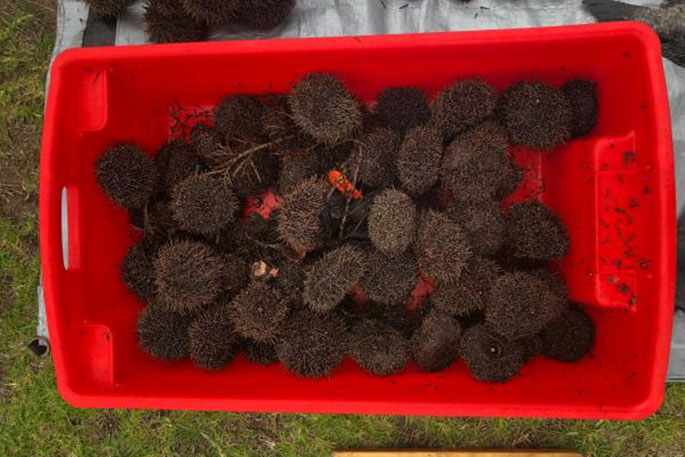 "A fishery officer from MPI was also present and together the officers developed a plan to safely intercept the men after their dive," says Will.

"After a six-hour wait, the group emerged from diving not far from where they had parked their vehicles and they were all taken into custody. I am thrilled with the result and the effort and dedication shown by both Police and MPI.

"Many people are not aware that Police have powers under the Fisheries Act and can in remote areas, exercise them when MPI officers are not close enough. On this occasion we were lucky to have our MPI colleague and we are grateful for an excellent inter-agency collaboration and result."

"The support we receive across the Coromandel and throughout New Zealand is brilliant and appreciated. We have a lot of coastline to protect and thank Police and members of the public that report this sort of activity to us.

“People who continue to abuse our fisheries will be caught and dealt with accordingly. This should be a reminder to poachers that they should expect to be stopped and inspected at any time"

Will says that 150 paua, 284 kina and five undersized crayfish were seized and returned to the ocean.

A total of $2750 worth of fines were distributed by MPI among the divers involved. Dive gears and a vehicle was seized by the Crown.