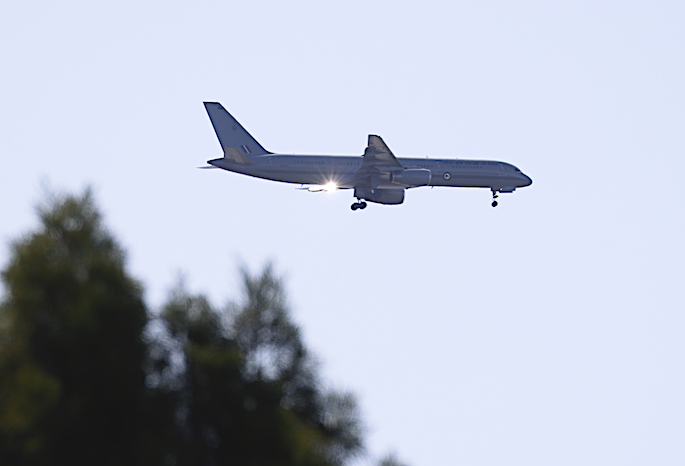 The RNZAF Boeing 757 over Tauranga this morning. Photos: Daniel Hines/SunLive

With a lot of air travel halted planes aren’t a common sight over Tauranga’s skies at the moment.

Tauranga Airport manager Ray Dumble says the air force had been doing a standard training flight that happens around three to four times a month.

“They do what’s called an interim approach, so they come over head at 3000 or 5000 feet do their interim approach procedure, which is simulating flying in clouds and come down to the missed approach point and off they go.”

A New Zealand Defence Force spokesperson says the air force Boeing 757 has been carrying out training flights around the North Island this week.

“The aircraft’s flight is part of essential pilot and crew training for RNZAF personnel and we will be continuing to do a variety of training over the coming weeks.

“Flying skills are perishable and a failure to maintain core flying currencies increases the risk to flight operations. 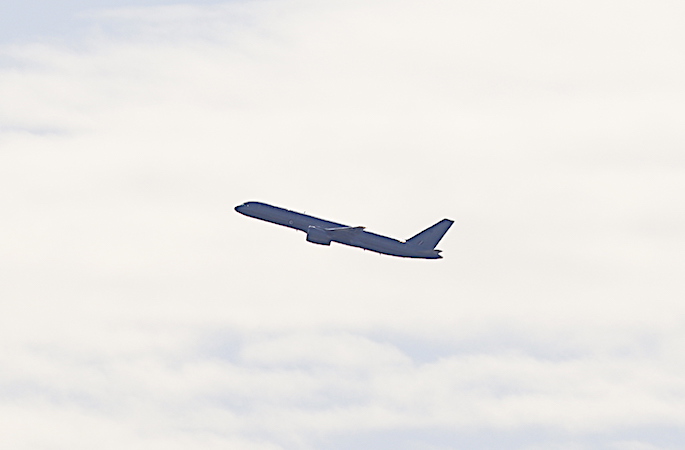 “The RNZAF, and New Zealand Defence Force as a whole, must maintain its operational readiness to carry out the tasks required of it by the government, including search and rescue and humanitarian and disaster relief, as well as contributing to the All of Government response to COVID-19.”

“A SunLive reader says it is a pretty cool sight, seeing the 757.”

The RNZAF post on the NZDF Community Alerts Facebook page when they are flying in locations they wouldn’t regularly. 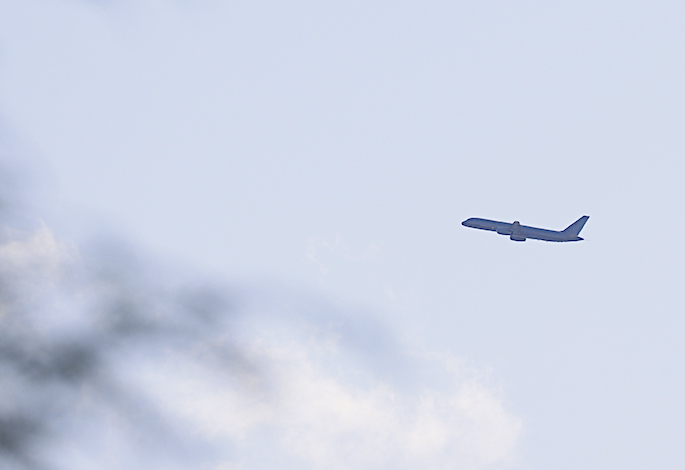 Agree Slim Shady. It’s a beautiful sight. My Son and I were standing on our deck with a coffee yesterday watching it grace our skies. Didn’t know there were only 2 left.

Great to see these old birds. Only two left in use by air forces - New Zealand and Switzerland. They got dials and buttons and everything. Even Kim John Hung said no fanks.