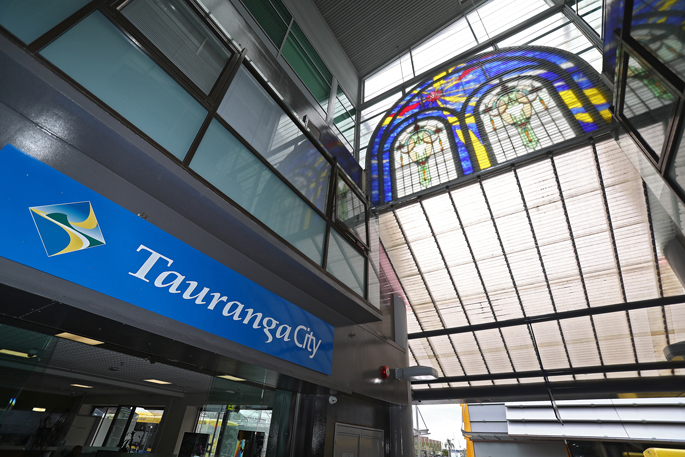 The decision was made during a council meeting today. File photo.

Tauranga City Council’s annual plan hearings have been placed on hold as consideration is given to revising the plan and re-consulting with the community.

The official draft Annual Plan 2020/21 consultation period ended on Sunday with 285 written submissions and 72 requests to speak with councillors during hearings, that were originally scheduled for May 13-15 .

These hearings, and later deliberations scheduled for June 2-4 , have now been placed on hold, says a council spokesperson.

"The deferrals have been made because of financial disruption, the lack of certainty about future alert levels and because of the likelihood we will need to re-consult on a revised plan in the coming weeks.

"The draft plan has rapidly become out-of-date since consultation started on April 3. Disruption to council finances means it might not be possible to provide some of the services and building projects described in the consultation documents."

If a new round of consultation does take place, people who have already submitted will be given the option of retaining, revising or retracting their submissions.

People who have asked to be heard will be advised of new hearing dates when they have been finalised.

The annual plan sets the council’s budget and work plans for the year starting July 1, and identifies any changes from the Long-term Plan 2018-28.

"Today’s council meeting included a proposal for a revised approach to the annual plan process that takes into account the financial situation created by COVID-19 restrictions.

"The report is in the agenda on our website."

… this deferred until after the next Council elections... :-)

That is not the only thing that needs to be deferred

After the events of the last 6 weeks, the Council will have a mutiny on their hands if they think they can proceed with the proposed rates hike. Let’s not forget the water rates appear to have gone up, don’t forget the rubbish.

I think they are puckering.If they have been reading the results on the Rates increase Vote most of the Councilors will have Puckering A---s-s and will be looking to what they will be doing after the next Elections.And they deserve to be worried