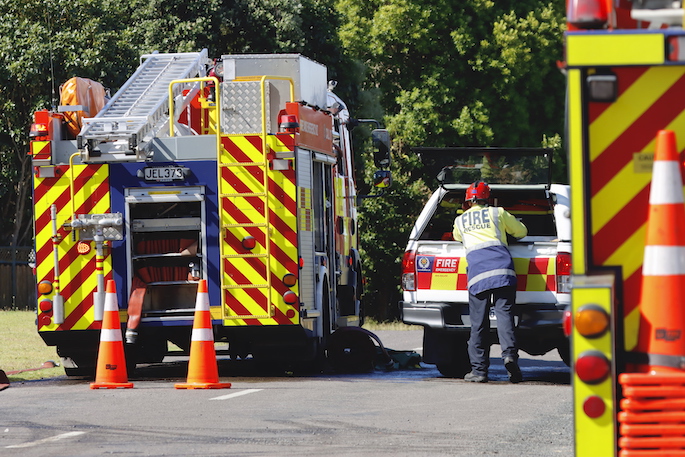 Emergency services were called to the fire about 10.30am on Sunday in Kawerau.

Fire safety investigators are looking into the cause of a fire which left two people injured in the Bay of Plenty.

Emergency services were called to the fire about 10.30am on Sunday in Kawerau.

She says initial reports were a sleepout was on fire but it was out when firefighters arrived.

The Waikato Westpac Rescue Helicopter says a 54-year-old man suffered serious burns to his body and was flown to Waikato Hospital for further treatment.

Another person also suffered burns but was taken by road ambulance to Whakatāne Hospital.