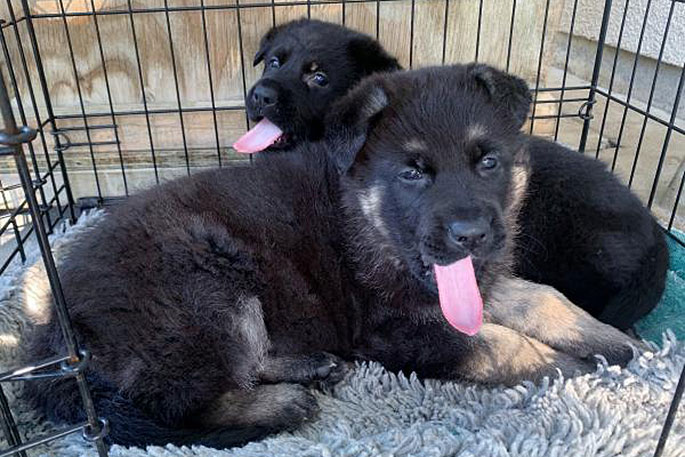 As New Zealand transitioned to Alert Level 3 and many Kiwis celebrated with takeaways, it was also a memorable day for midwives at the New Zealand Police Dog Training Centre.

The German Shepherd V-litter pups, who are fathered by Whakatāne patrol dog Falcon, are a good weight and doing well in the whelping unit.

It’s second-time litter joy for Lexi and Falcon, who previously parented an F-litter.

Lexi will spend the next six weeks or so nurturing her offspring before returning to her foster home in the Wellington region. 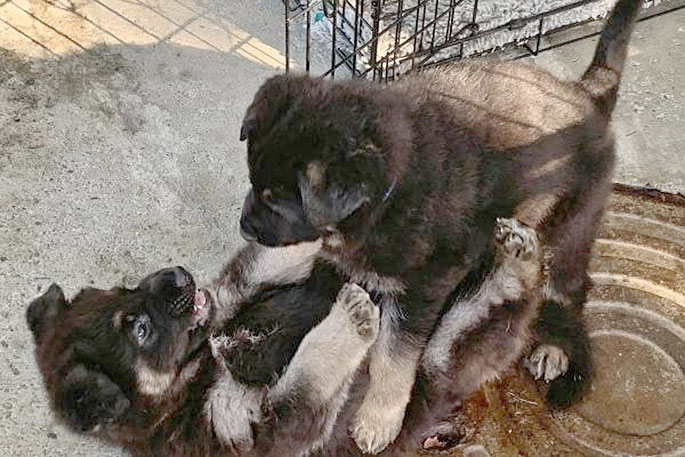 Life's a game for the U-litter boys. But there's plenty of work ahead of them.

The pups, who will all be named with V names, will undergo testing – then at around nine weeks will leave Trentham to join foster families on the next stage of their journey to become operational or breeding dogs.

While the latest litter additions can barely keep their eyes open, Vespa’s three U-litter boys, born on March 23 as New Zealanders headed toward their bubbles, are now a bundle of mischief-makers.

Currently, they are happily spending precious time playing with mum in their own bubble at the complex. 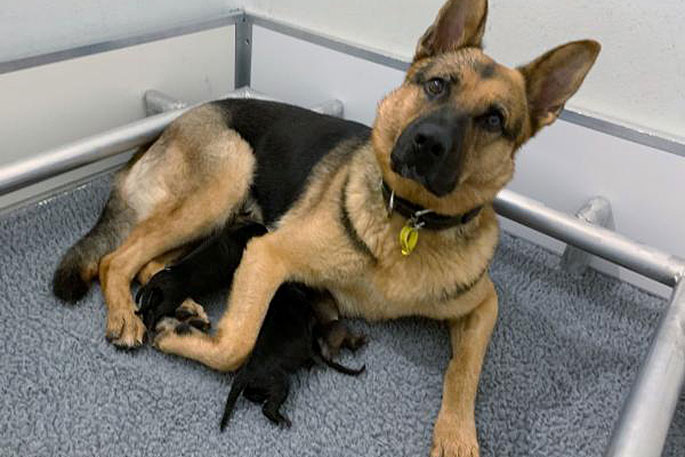