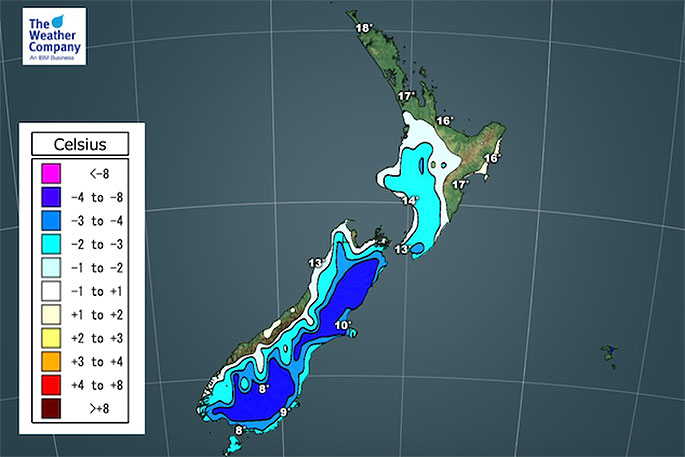 A significant cool down is spreading over New Zealand for the next day. Then things warm up again.

Autumn ups and downs continue as the country moves into May but despite the cold snap, this week leans warmer than average for more days than it is around average or below.

Today is the coldest day of the week for the South Island, the North Island gets it later today and early Wednesday.

WeatherWatch.co.nz says northeastern parts of the North Island are fairly average temperature wise but people can expect temperatures to cool down from afternoon, as a cold front and a series of troughs push in from the southwest.

"The warmest spot will be Kaitaia on 18 degrees, the coldest Alexandra and Invercargill on eight or nine degrees.

The weather organisation says the Central North Island and Waikato could get down to three or four degrees.

"Temperatures start to rebound a little for the eastern South Island tomorrow and then the eastern / northern North Island on Thursday."