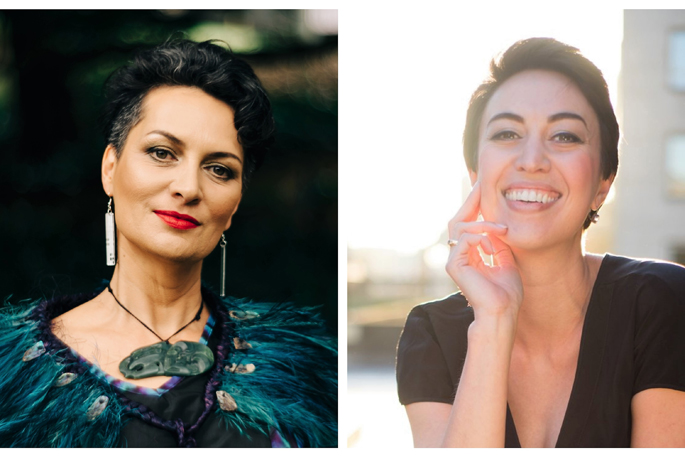 Singer, composer and musician Ariana Tikao and New Zealand mezzo-soprano Bianca Andrew, who is based in Germany, will join NZSO players for Shed Series – Voice, part of the Orchestra’s weekly selection of free streamed performances.

Voice is curated by NZSO Principal Conductor in Residence Hamish McKeich and is the online version of his popular Shed Series, which featured works by the great composers alongside music by contemporary artists, including Frank Zappa and Radiohead’s Jonny Greenwood.

Voice is the first Shed Series concert to feature vocalists.

Prior to the COVID-19 restrictions, Ariana was to have performed live with the NZSO in April.

“There are two waiata I will be performing,” says Arina. “One is a piece that I composed to the lyrics of a lullaby which composer Hirini Melbourne wrote for his granddaughter. The other piece is a lament called Ka taka te mōtoi, based on a traditional apakura. It was written for my husband's uncle's funeral.

“Kevin Jarrett was a well respected member of the New Zealand brass band community, and the waiata is a tribute to his work in this field.”

Bianca is a member of the Ensemble at Oper Frankfurt and has recorded her part for Friday’s performance while in Germany.

The NZSO is also planning an online performance on Mother’s Day, Sunday, May10. Details will be announced later this week.

All performances can be viewed at https://live.nzso.co.nz/ via smart TV, mobile phone, tablet or computer.