How will Rotorua survive? 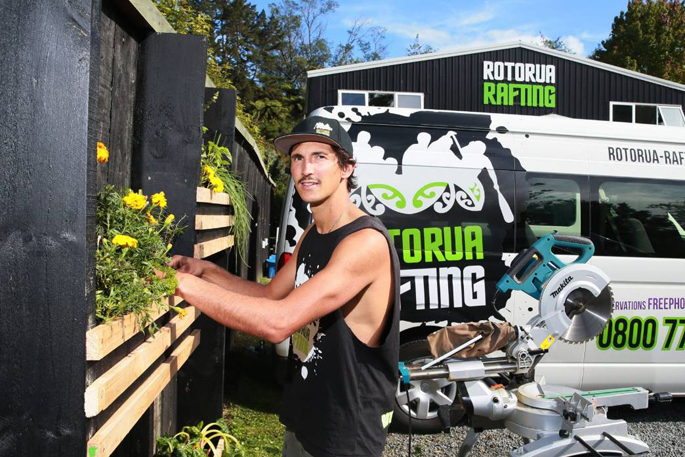 Rotorua faces a calamitous drop in revenue from international visitors because of Covid-19. How will the Sulphur City cope? Tony Wall and Benn Bathgate report.

Coachloads of tourists would normally be pulling up each day to Rotorua Rafting’s base in peaceful Okere Falls, getting ready for a trip down the Kaituna River, including the highest commercially rafted waterfall in the world.

But the Covid-19 lockdown brought the award-winning business to a grinding halt, forcing its young owner Sam Sutton to think outside the box for ways to keep his team of about 14 employed.

Then he hit on an idea. What if they started a whole new business, completely unrelated to rafting or tourism, making use of their rural backgrounds and building skills?

Something that could keep them working during the various levels of lockdown, top up their Government wage subsidy and provide a worthwhile and sustainable product?

He decided to launch a landscaping business, focusing on “edible backyards” including vertical planter boxes that can be fitted to suburban fences.

Sam, 30, and his guides will design and make the planters at the rafting base, while the office workers will focus on marketing.

They hope to provide clients with seedlings for the next season’s produce as well.

“It will be a co-operative between our staff,” Sam says.

“For us as a business it’s beneficial to keep our staff on and then to kind of share the love - it’s something we can do together and keep the camaraderie that we had.

"We’re going to see a skills shortage if we don't hold on to our staff - they're the only asset within our business that’s irreplaceable.

It’s radical ideas like these that will be needed if Rotorua’s tourist attractions - many of them aimed at international tourists - are to survive the pandemic.

The once bustling tourist Mecca has transformed since the Government shut down the borders in March.

The car park at Te Puia, a Māori culture and geothermal attraction and one of the country's biggest tourist drawcards, is usually a sea of coaches, campervans and cars.

Typically it attracted tens of thousands of visitors each month, and that was just the Chinese market.

As a visual representation of the economic havoc the virus has caused, the now empty sea of parking spaces is hard to beat.

It's a sight mirrored across the city and surrounds, as the likes of the popular and historic Whakarewarewa Māori Village and Skyline Skyride close their doors.

Ngai Tahu Tourism has indefinitely closed its family-friendly Rainbow Springs wildlife and nature park and its Agrodome farm experience and is talking about laying off 300 workers nationwide.

Ministry of Business, Innovation and Employment figures for the year to January show visitors pumped $845m into Rotorua's economy and the city had a goal of increasing that to $1b.

It was a target backed by then Prime Minister John Key in 2016 as viable, and by Rotorua's Mayor Steve Chadwick.

At least until Covid-19 changed everything.

"Who knows," is Steve’s response when asked whether the $1bn target can ever be reached.

She describes the hit on Rotorua as "an enormous blow" and says the tourism sector is "on life support”.

"We haven't had anyone coming, [tourism] was absolutely cut off."

Steve says around 22 per cent of Rotorua's workforce is employed directly in the tourist trade, a figure that rises to 33 per cent when tourism-dependent hospitality ventures are included.

There will be job losses, business closures and no overseas tourism market for at least 18 months, Steve believes, but she isn't without optimism.

She points out that Rotorua built its tourism trade in the wake of another disaster, the 1886 Tarawera eruption that destroyed the Pink and White Terraces - New Zealand's first international visitor draw.

What was done once, can be done again, she believes.

Steve says New Zealanders spend $10bn a year on overseas travel - “we want some of that".

There are reasons for optimism.

Of the $845m annual tourist spend, domestic visitors accounted for $499m. Their spending was also up last year by 5.4 per cent, against a 0.9 per cent rise in the international spend.

Destination Rotorua, a council-controlled economic development and tourism agency, is working with businesses to offer assistance ranging from redeploying staff into other jobs, accessing central Government relief funds and pushing for domestic visitors.

"They're planning for this weird new future, and they know we have to adapt fast," Steve says.

Michelle Templer​, Destination Rotorua’s chief executive, says while tourism has been impacted hugely by the pandemic, the region has other industries which are strong, such as forestry, manufacturing and agriculture.

It’s vital that big projects that were planned before the pandemic continue, she says. 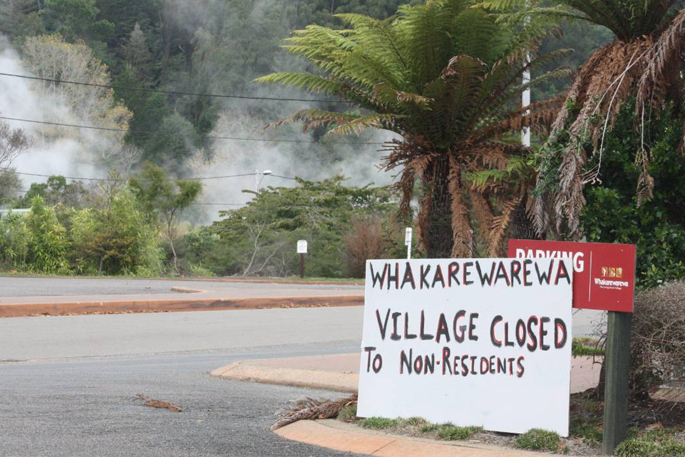 “We’re working hard with council, the private sector and Te Arawa to make sure the projects that were under way are funded and continue to move forward so the city is ready to come out of this.”

Neville King, CEO of a Māori land incorporation behind plans for an $80m Māori-themed  hotel development in downtown Rotorua, is unsure if it will go ahead.

“We're still having that conversation. A lot of our development was premised on a strong tourism market," Neville says.

He believes tourism may resume in Rotorua next year, international visitors a year later.

They are still "cracking on with the development", but they're also paying close attention to guidance from the New Zealand Tourism Board, and various Government ministries.

"The uncertainty of the when [tourism resumes]. It's a huge risk," he says.

Blair Millar is chief executive of Whakarewarewa Living Maori Village, one of the country’s oldest tourism businesses - “our guiding legacy goes back to the Pink and White Terraces”.

He, too, is unsure what the future will look like.

“Whakarewarewa village has a number of families living in there - what does that look like for the business moving into level three and two?

“A lot of the residents in there are elderly - how do we function in that environment and look after their health and safety and wellbeing?”

Blair says 85 per cent of their visitors are from overseas, and they will now have to switch to the domestic market along with everyone else.

“I’d like to think New Zealanders can get to see a lot of their country . . . but we’re all going to be fighting and competing for that domestic dollar - I just don't think it’s going to be there to the extent it would have been if it had been an open market.”

He says when his rafting operation is allowed to open up again, hopefully at level two, business is likely to be intermittent - with local visitors coming mainly at weekends.

Sam says 70 per cent of his customers were from overseas - voting Rotorua Rafting the number one experience in New Zealand on Trip Advisor last year - but they should be able to pivot to the domestic market easier than those offering cultural shows.

“I’m expecting we’ll see a 50 per cent increase in our domestic market over the year coming up, but that’s going to be very intermittent compared to international tourism which is awesome for us Monday to Friday.

“Most people in Rotorua are accepting the fact it’s going to be a tough couple of years.”

He’s hopeful the landscaping business will take off in the time of coronavirus.

“Our core focus will be how to utilise areas of your garden to become productive so people are able to be self-sufficient.

“I think never in the world have people been more aware or focused on becoming self-sustaining.”

'THE GOLDEN DAYS ARE GONE'

Then Covid-19 struck and he was made redundant. Now he's doing kiwifruit picking and worrying about how he'll pay the rent.

In what Shane describes as a "double whammy", his partner, who also worked at Te Puia, has also been made redundant.

They had just moved out of their black-mould infested rental and into a new property when the virus struck. The couple don't have children, which makes financial concerns "a little bit easier".

Shane has mixed emotions about the loss of his job, which enabled him to secure both a degree and Masters.

"Covid 19 is unprecedented, and I get that, but as a cultural entity... our CEO was great, but further down, the direct management, the pastoral care could have been a lot better."

Shane has been busy looking for other employment, but appreciates that he, and other tourism sector employees casting their nets for work, all face a similar problem.

Tourist sector companies able to ride out the storm and one day re-open "can pick and choose now because people need a job".

He's concerned that pressure could result in a worsening of conditions for staff who are lucky enough to retain a role.

He doesn't believe there will be any way back for him at Te Puia, irrespective of any future recovery.

They were "really, really clear about redundancy. Redundancy is an absolute cut".

"The golden days are gone, but a new type of gold will come," he says.

"I understand I have to adapt."

Queenstown biggest rip off place in the country followed very closely by Rotorua and Bay of Islands. Can’t say the other tourist places are much better. These places have been charging enormis prices, so have little sympathy for them now