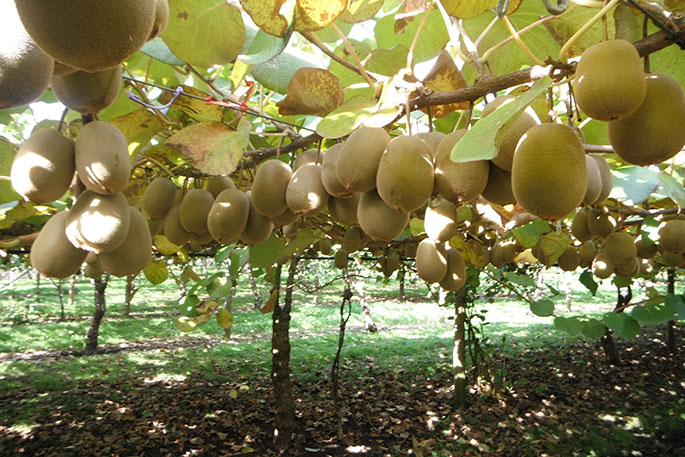 Kiwifruit companies which have claimed the Government wage subsidy are under fire from some in their own industry for taking the money during a bumper season.

The industry is expecting a record harvest and exports doubled in March compared to last year.

Deemed an essential service, workers were able to continue picking fruit and packhouses continued to operate during the level four lockdown.

Most kiwifruit businesses have not claimed the wage subsidy, but according to the Ministry of Social Development website, at least three have, collecting more than $2m between them on behalf of employees.

The $585-a-week subsidy is paid to employers who expect a 30 per cent drop in revenue, so they can keep on their workers over a 12-week period. So far more than $10b has been paid out, while at least $17.5m is being repaid by more than 1200 companies.

Riverlock and Baygold say their revenue declined by more than 30 per cent, while Apata says it was overpaid by mistake and has been trying to pay the money back.

After Stuff asked questions, Riverlock said it would pay the money back.

Michael Franks, chief executive of Seeka, a large grower and post-harvest operator, says the amounts paid were “obscene” and harmed the reputation of the industry.

While there was no question that costs had risen because of Covid-19 social distancing requirements, for many companies revenue would be up this season because of bigger volumes.

“There will be a profit impact, but that’s not what the scheme is for,” Michael says.

“The scheme is to keep people in work, so if your business was suffering a loss of revenue as a result of Covid-19 you could carry the workers through until you got back into business again. That’s not the circumstance in our industry - we just don’t have enough workers, we’ve got so much business.”

Tony de Farias​, chairman of the Eastern Bay of Plenty company Opac​, says he did not consider his business was eligible for the subsidy.

“We’re all suffering from the perspective that we can’t run our operations to capacity... but we’re going to end up in the final analysis packing the same amount of fruit so the revenue is not going to be affected.”

James Trevelyan​, managing director of Trevelyan’s packhouse and coolstore, says his company had accepted a subsidy for vulnerable workers who were unable to continue working, and topped that up, but “it was never in our vocab” to claim for lost revenue.

He says the social distancing requirements initially caused problems, but that was quickly solved with the implementation of screens and other measures and capacity was soon back to normal.

Mike Ryan, business manager for Riverlock, says revenue was down more than 30 per cent due to reduced capacity because of social distancing requirements, so the company had claimed the wage subsidy.

But Riverlock’s managing director, Doug Brown, who is also chairman of New Zealand Kiwifruit Growers Incorporated (NZKGI), said after Stuff began asking questions the company had reviewed its eligibility for the subsidy.

"While Riverlock met the specified criteria at the time of the initial application, circumstances have now changed," he says.

"As a responsible employer acting in good faith, the wage subsidy will now be repaid—a process that is now under way."

Baygold’s chief executive, Carl Simmons, says half of the company’s business was in orchard construction and new orchard projects, which was deemed non-essential and shut down during level four lockdown.

Prior to applying for the wage subsidy the company took advice from Deloitte and MSD also did an assessment before releasing the money.

Carl says some construction and new orchard staff, but not all, were able to be redeployed to pick kiwifruit and the subsidy had been used to pay staff unable to work.

“However, we believe that the full Baygold team will be back to work within the 12-week period. Therefore, a repayment of unused subsidy funds is anticipated and we are in discussions with MSD on how that should be processed,” he says.

He says they had engaged Deloitte to undertake an audit of their use of the subsidy and “will be inviting MSD to review how we are using the subsidy to ensure we are doing the right thing”.

Stuart Weston, managing director of Apata, says his company received $478,000 in error. It believed it was entitled to about $67,000 to cover the wages of Recognised Seasonal Employer workers who were forced into isolation when they arrived in the country and couldn’t work.

“The day they paid it, we went back to them and said ‘you’ve paid us too much money, how can we send it back to you?’ We have now sent four emails and multiple phone calls but to no avail.

“The moment they tell us how they want it paid, we’ll give it back to them.”

Stuart says overall revenue had not dropped by more than 30 per cent.

“We’re certainly going to take a hit, but so’s everybody else so we’re not complaining.”

"We are working through their requests as quickly as we can."

NZKGI chief executive Nikki Johnson says most kiwifruit companies that had sought Government help were looking to cover the wages of those deemed vulnerable workers, because of their age or health.

Overall it had been a good season.
“Export-wise things are tracking well. It’s looking pretty positive at the moment.”

At least according to what Apata are saying they are acting with integrity.