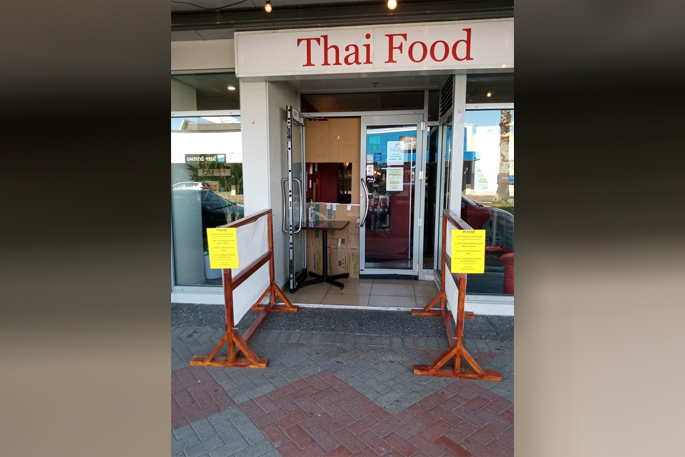 EasyGo Thai owner Nick Boyes has set up a “make shift drive-thru” so customers can pick up their takeaways without coming into contact with staff. Photo: Supplied.

It’s been all go for Tauranga restaurants and cafes since level 4 lockdown restrictions were lifted, and now they are figuring out how to best operate under level 3.

Some owners say they have been inundated with takeaway orders, while others say it hasn’t been as busy as expected.

SunLive asked local hospitality business owners about how they are coping with operating under the new guidelines, and what it was like opening-up shop after being shut for more than a month a month.

EasyGo Thai restaurant had an “unbelievably busy” night on Tuesday.  Owner Nick Boyes says they had to turn off online ordering because of the sheer number of orders.

“A night like is a one of a kind situation - we are never going to repeat that.  We had to turn off our online ordering at about 7.30 because we got up to about a 1.5-hour wait for food.”

He says at one point there were 60 orders lined-up that all needed to be cooked. “It was manic.”

The Mount Maunganui restaurant has set up a makeshift “walk-by drive-thru” so customers can pick up takeaways without coming into contact with staff.

They are also working with New Zealand business Deliver Easy for deliveries.

Nick says he is “overwhelmed” by customers support during these tough times.

“Not just the support of buying from us, but the patience of people waiting for their orders. They could see us staff through the window running round like headless chickens.

“The positive vibes mean so much. This little business has been my life’s work, and the support means everything.”

Sidetrack Cafe customers finally got their caffeine fix on Tuesday after a long, hard month.

Petra-Lee says they are stoked to be back up and running, despite the challenges of figuring out exactly how to operate under level 3 restrictions.

The Main Beach cafe has a group of regulars that have been coming every single day for the past 20 years, says Petra.

“We got some positive feedback from a lot of customers and it was good to be open. It was a bit difficult going through the systems and operations - it’s all new to us.”

She has created a “contactless counter” with a perspex screen which customers can order through. Then there’s a table out the front where customers collect coffee and food.

Petra says a steady amount of customers are coming through the doors, but it’s not as busy as initially expected.

“The team worked hard to get orders out to our customers using our Zero Contact Delivery method.”

Sharandeep says in-store safety measures include using stickers on the ground to show team members where to stand, and are limiting the number of staff in-store at any one time.

Pepperoni, Hawaiian and Meatlovers pizza proved to be the most popular orders across the Tauranga and Greerton Domino’s on Tuesday night. 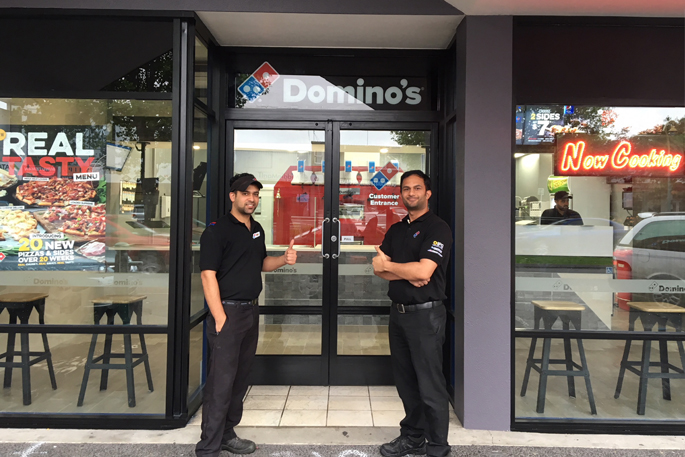 Customers cannot pick-up food from Domino’s stores, with contactless delivery being the only option.

“We ask that our customers help us maintain physical distancing though by remaining inside while our driver delivers their order,” says Sharandeep.

Local restaurant owner Rohan McClosky has created a reduced takeaway menu takeaway for his businesses across Tauranga during level 3.

Rohan owns The Brooklyn on The Strand, Neighbourhood in Otumoetai and Rain Bar in Papamoa.

All three restaurants opened for business on Wednesday night, Rohan saying the number of pre-orders each restaurant received before opening was overwhelming.

“Every single venue has had quite a lot of pre-orders that have already come through, and the support from the locals has been pretty outstanding.

“It’s really encouraging that people are looking forward to going back to their local restaurants to get their food.” 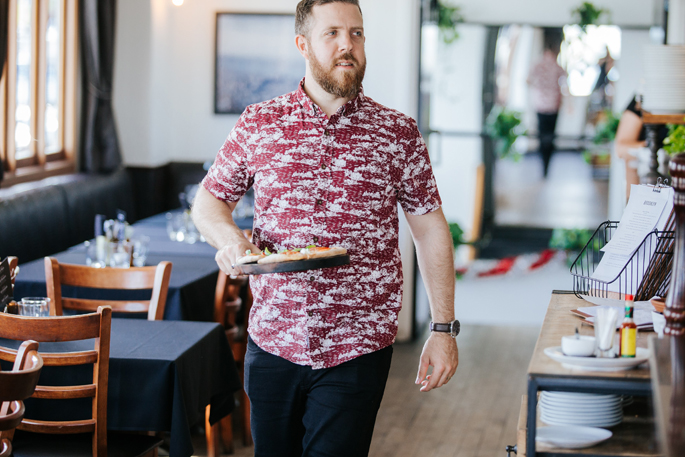 Rohan says he has made sure to keep all the favourites on the new takeaway menu.

“We have essentially just reduced our menu size but we have kept a lot of the people's favourites. It still fits in line with what we normally do, it’s food that people will be able to recognise.”

Across New Zealand, we processed $390k in five hours through the system. It was significantly more than we had ever processed before through Regulr and what we had forecasted to happen.”